The state's Medical Cannabis Advisory Board voted 4-0 to reaffirm its support for adding opioid-use disorder to a long list of qualifying conditions for medical marijuana. 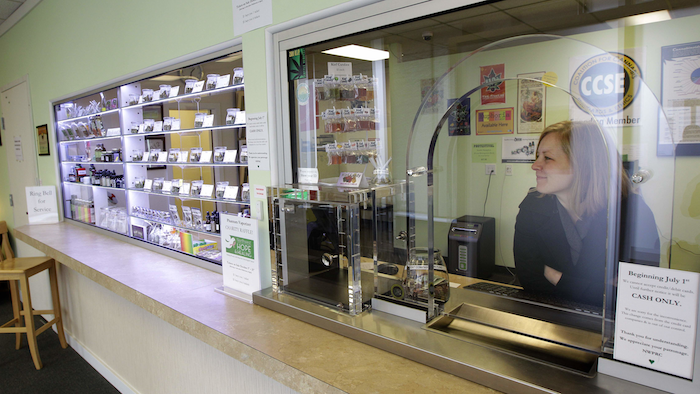 The state's Medical Cannabis Advisory Board voted 4-0 to reaffirm its support for adding opioid-use disorder to a long list of qualifying conditions for medical marijuana that currently includes cancer, chronic pain and post-traumatic stress disorder.

Lujan Grisham campaigned for office last year as an advocate for adding opioid dependency as a qualifying condition for legal access to cannabis. Newly appointed state Health Secretary Kathyleen Kunkel has discretion over whether to add new qualifying conditions for medical marijuana use.

Kunkel's predecessor under Republican Gov. Susana Martinez said it wasn't clear whether cannabis would be a safe or effective response to opiate dependence and that research was lacking.

Commenting on her support for the measure, Medical Cannabis Advisory Board Chairwoman Laura Brown cited the annual death toll from opioid related overdoses in New Mexico — estimated at 305 people in 2017 — and indications that marijuana reduces reliance on opioids.

"This is harm reduction, people need to be reminded," said Brown, who added that she met with Kunkel this week at the secretary's invitation.

About 70,000 patients are enrolled in New Mexico's medical marijuana program. The program was initiated in 2007 and has grown as the list of qualifying conditions has expanded.

Brown said there is no strict deadline for the Health Department to decide whether to add opioid use to the list of qualifying conditions for marijuana access.

The advisory board on Friday separately recommended expanding the medical marijuana program to people suffering from diagnosable problems with alcohol, stimulants, hallucinogens and a variety of prescription drugs.

A petition was rejected to automatically provide medical marijuana access to people aged 65 and over.