A proposal would allow parents to administer marijuana to their children on school property in Washington. 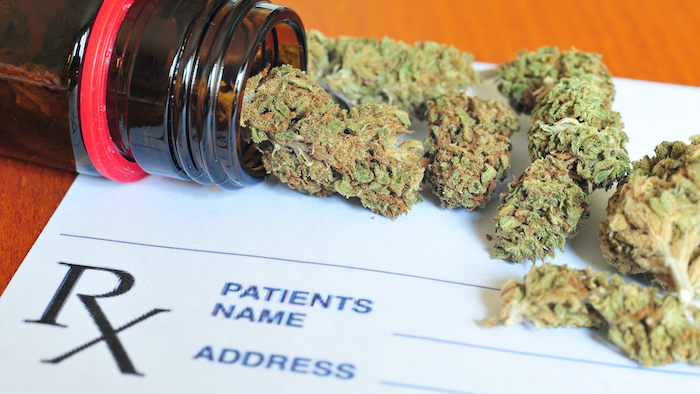 OLYMPIA, Wash. (AP) — A proposal to allow parents to administer limited forms of marijuana to their children on school property has passed the state Senate, along with a proposal for new marijuana testing rules.

Both Democratic and Republican lawmakers described the school bill as aimed at students that need medical marijuana for relief from chronic illnesses. The bill would allow marijuana-infused products, but specifically bans smoking pot and products high in the psychoactive chemical THC.

Instead, lawmakers said the bill was oriented toward allowing marijuana bred for its medicinal properties, including strains high in the non-intoxicating chemical CBD.

"THC is what recreational users use to get high," said Republican Sen. Ann Rivers, of La Center. "You could eat CBD all day long and never cop a buzz."

Both THC and CBD are present in varying amounts in most cannabis, but unlike recreational marijuana, most medical strains of the plant are bred to have little or none of the psychoactive chemical THC.

Having parents administer the drug keeps school officials including nurses out of the equation, a response to questions over liability or licensure.

The bill also contains a trigger clause that would suspend the new rules if federal officials were to threaten schools' funding over the issue.

Sen. Mike Padden, a Spokane Valley Republican, said he was concerned about potential unintended consequences, but the bill ultimately passed on a 41-4 vote, with strong support from other conservatives.

"I think it's worth any risk that might be there," said Sen. Curtis King, a Yakima Republican. "These families need our help."

Testing marijuana for criteria such as strength, pesticide content, and presence of mold has been a subject of contention in emerging marijuana markets around the country, with marijuana producers sometimes making hard-to-verify claims on their packaging and advertising.

Under current Washington law, the state Liquor and Cannabis Board is charged with overseeing lab certifications, but a 2018 Washington Department of Ecology report found gaps in testing and accreditation rules, including a lack of detailed standards for labs.

Under a bill approved 44-1 by the Senate, oversight of marijuana labs would be transferred to the Department of Ecology, and work groups would be set up to study issues including pesticides in marijuana.

"In the nascency of the industry we had a lot of people pop up and say they were labs," said Rivers. "It's going to make for safer products."

The proposal requires the ecology department to issue drafts of the new lab standards in 2020 and 2021.

Both bills had earlier passed House votes, meaning they now return to the House for final approval of amendments.