A legislative effort in Kentucky provides another sign that views are changing across the South. 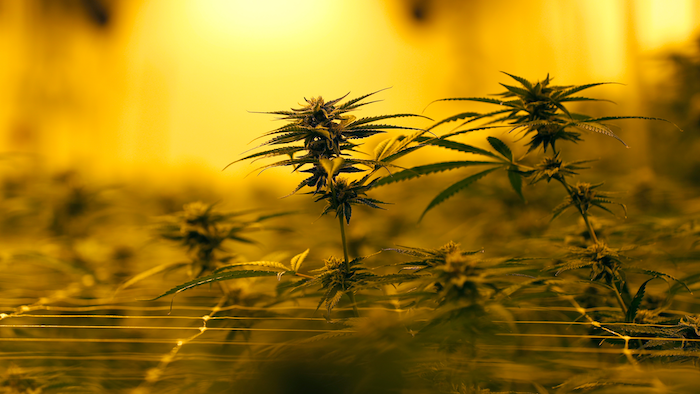 A retired law enforcement officer, Schickel once steadfastly opposed medical cannabis, but his stance has softened. Now he says he's approaching the question with an open mind.

“One side of me says that with all the drug abuse we have right now, why are we opening up another avenue of abuse?" the state senator said in an interview. “But the flip side of it is, if there are people who need medical attention and truly believe that it will help them, who are we to say they can't have it?"

Schickel's dilemma stands as yet another sign that views about marijuana are changing across the South, where efforts to legalize it have long been stymied by Bible Belt politics. While medical cannabis is legal now in 33 states, including Arkansas, Louisiana and Florida, other Southern states remain among the holdouts.

Whether wavering resistance will lead to legalization remains unclear. After years of setbacks, the Kentucky bill's supporters cleared a historic hurdle when the House passed the measure. The Senate appears more skeptical.

Lawmakers in other Southern states are also cautiously eyeing changes, though there's reason for hope among advocates.

In Alabama, a medical marijuana bill won approval in the Alabama Senate as advocates make headway after years of setbacks. The legislation moves to the state House next.

And in Mississippi, voters will decide for themselves whether to legalize medical marijuana in November, after a group submitted more than enough signatures to put the issue on the ballot. But that ballot question might have competition.

The Mississippi House voted to put a second medical marijuana proposal on the statewide ballot this year. People who petitioned to get the first one there say the second is designed to split the vote and kill both proposals. The alternative proposal would go on the ballot only if it is also approved by the state Senate.

The Kentucky bill would allow doctors to prescribe cannabis that patients could obtain at approved dispensaries in forms such as pills and oils. Smoking medical cannabis would not be permitted. A regulatory board would determine what conditions would qualify for prescriptions. The House-passed version would ensure that approved conditions would include chronic pain, epilepsy, multiple sclerosis and nausea or vomiting.

Opposition has come from socially conservative lawmakers who warn that legalizing medical cannabis would push Kentucky off a slippery slope leading to recreational use of the drug.

Looking to defuse that argument, the bill's leading supporter said he too is opposed to recreational marijuana.

Other opponents are uneasy about Kentucky getting ahead of federal marijuana policy. Despite increasing legalization in the states, marijuana remains federally classified as a Schedule I drug, alongside heroin and LSD.

Others warn of aggressive marketing by the cannabis industry: “It's an addiction-for-profit business model," said Garth Van Meter of Smart Approaches to Marijuana, an alliance that says it promotes a health-first approach to marijuana policy.

And some say more research is needed on marijuana's medicinal value before it's prescribed.

“If it's a drug, we'll have the FDA deem it a drug and then allow our pharmacists to distribute it," said Kentucky prosecutor Chris Cohron.

Supporters see these arguments as misdirection meant to keep Kentucky out of step with most states.

“The research has been done, and Kentucky is ... behind on cannabis legislation," said Jaime Montalvo, executive director of Kentuckians for Medicinal Marijuana.

Now the bill's fate is in the hands of the Senate, with just a few weeks left in this year's session.

Republican Sen. Wil Schroder is among the undecideds. He said he's always told voters he would be open-minded, and that hasn't changed. But he said “there's a lot of hesitancy from members, myself included, when the federal government hasn't acted on this.”

Meanwhile, lawmakers are hearing an outpouring of support from medical marijuana advocates who want cannabis prescriptions for their medical conditions.

Choking with emotion, Schickel said a lunch conversation with a constituent battling brain cancer reinforced his willingess to take another look. "He was very passionate that it would help him," Schickel said.

Among the more prominent advocates is Eric Crawford, who has become a fixture at the Kentucky Capitol.

Crawford has told lawmakers he already uses medical marijuana as an alternative to opioids to deal with pain and muscle spasms, the legacy of spinal cord injuries he suffered in a vehicle crash decades ago.

“I just want to be comfortable," Crawford said in an interview. "Medical cannabis just makes me comfortable ... and takes care of my pain and spasms better than the pharmaceuticals can."