The group argues that California should ease its heavy marijuana taxes amid the coronavirus pandemic. 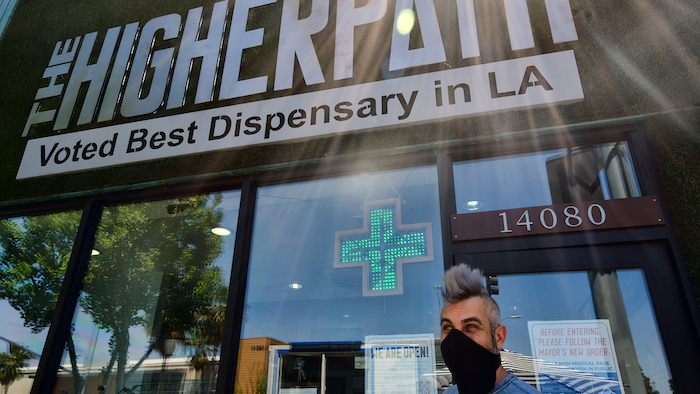 The group that includes the California State Conference of the NAACP, Los Angeles Metropolitan Churches and the industry group Southern California Coalition warned in a letter to the governor that the coronavirus crisis and a crashing economy will take an especially heavy toll on businesses run by minorities who were disproportionately targeted during the decades-long drug war.

“If action is not taken now many of our business colleagues and friends may be pushed into the gray, or worse, back into the illicit market,” said the letter, dated April 23.

“At a time where unemployment is at a record high, the legal industry is seeing its customers flock to lower priced cannabis products in the illegal market regardless of quality or safety,” the group said.

“As COVID-19 continues to disproportionately impact communities of color, our social equity businesses and our customers will be impacted even more,” the group warned.

California kicked off broad legal sales in 2018. But the state's legal marijuana industry has long blamed tax rates that can approach 50% in some areas for driving business into the illicit market. According to some estimates, consumers are spending roughly $3 in the state’s underground pot economy for every $1 in the legal one.

Because cannabis remains illegal at the federal level, most banks don’t want to do business with pot companies, and they aren’t included in the federal coronavirus rescue package that will help other businesses.