Prosecutors said Deana Martin, 53, owned and managed an illegal delivery service known as Northern Herb from 2015 to 2018. According to court documents and a criminal complaint, Northern Herb claimed to sell medical marijuana but did not require customers to provide proof of a state medical marijuana card. The operation also delivered marijuana to unattended locations where other parties could access it.

In addition, prosecutors said Martin paid many employees in cash, and that the operation did not withhold taxes from workers’ wages nor pay taxes on its profits. Northern Herb operated from four Massachusetts locations and employed at least 25 people; the operation’s total revenue exceeded $14 million between May 2016 and July 2018.

Sentencing is scheduled for Sept. 1. 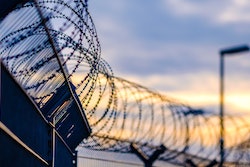