The U.S. says China is a key source of the nation's synthetic drugs. 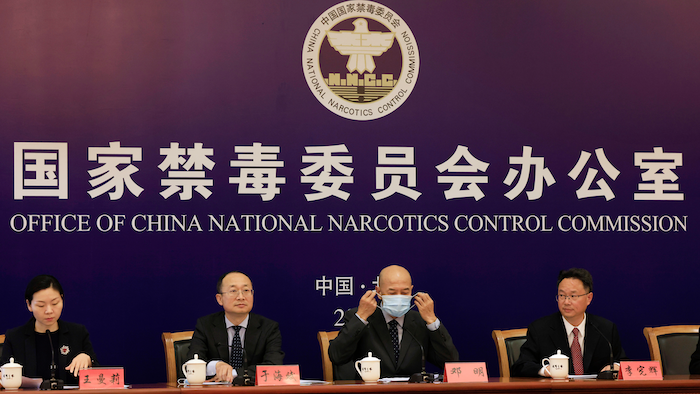 BEIJING (AP) — China on Tuesday said it will add all synthetic cannabinoids to its list of banned drugs, in what it described as a first in the world, to curb their manufacturing, trafficking and abuse.

It is the second time that Chinese authorities have imposed a class-wide ban on a substance, after all fentanyl-related drugs were controlled in 2019.

Synthetic cannabinoids are human-made chemicals that act on the same brain receptors as the main active ingredient in marijuana. However, they can be toxic and cause “serious side effects that are very different from those of marijuana,” according to the U.S. Centers for Disease Control and Prevention.

The United States says China is a key source of synthetic drugs which are then shipped to users in the U.S.

Authorities said 1,047 types of new psychoactive substances had appeared as of the end of 2020, of which about 450 were found in the last five years.

Between 2018 and 2020, about 300 cases of what is locally known as “Natasha” synthetic cannabinoids were uncovered in Xinjiang, while more than 300 fluroroketamine cases were found in the southern region of Guangxi, officials said.

“The problem of new psychoactive substances has been fierce, posing severe challenges to the narcotics control work of all countries and the world. It is also a new situation and new problem and new challenge to China,” Deng Ming, deputy director of the National Narcotics Control Commission, said at a news conference.

The ban did not specify penalties but China regularly executes people found guilty in drug cases. 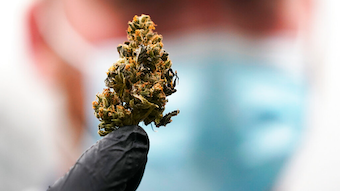 Advocacy groups have been flooded with calls from people trying to understand what will be allowed as of July 1.
Jun 18th, 2021