Washington — According to a new Ipsos KnowledgePanel poll, a plurality of Americans think the federal government should legalize cannabis for medical and recreational use. Two in ten think it should be legalized for medicinal use only.

Forty-five percent of Americans, a plurality, say the federal government should legalize cannabis for medical and recreation use.

Around half of Americans believe that taxes from cannabis sales will improve neighborhoods and that it is less harmful to one’s health than alcohol or tobacco. Yet, around a third are less optimistic about its legalization. 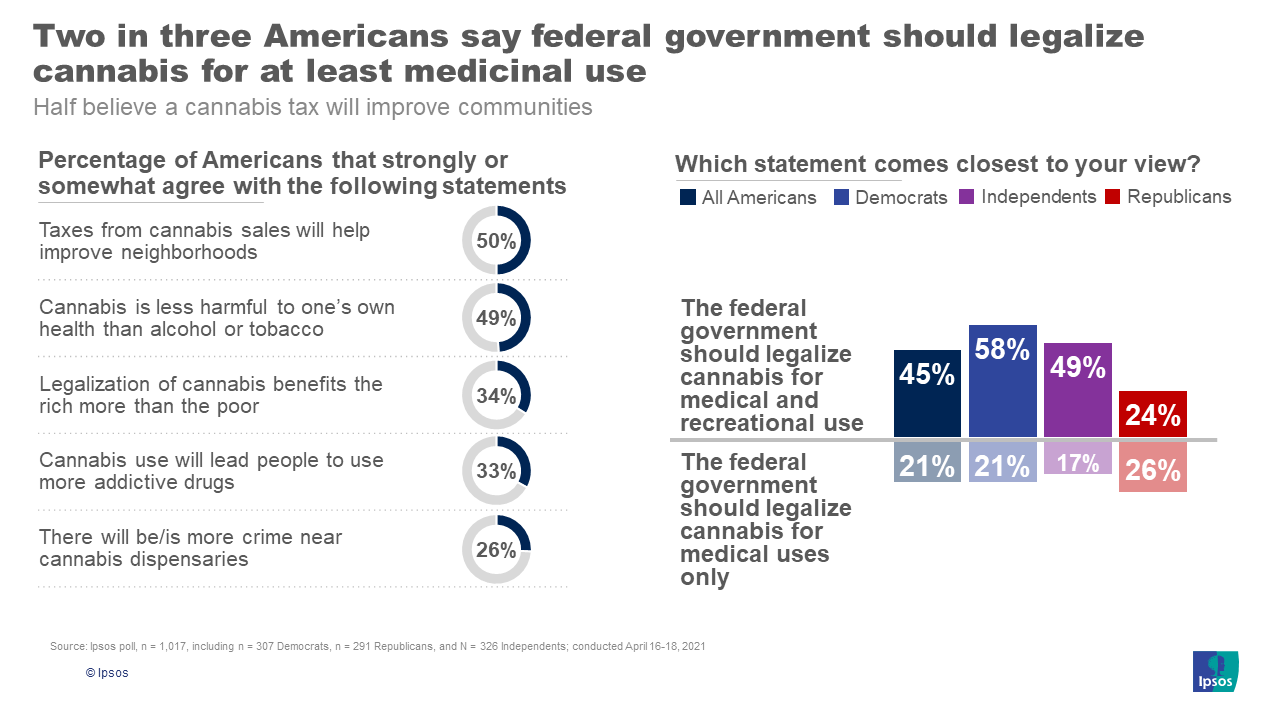 This Ipsos Poll is based on interviews conducted from April 16-18, 2021. A total of 1,017 interviews were completed. The margin of error on weighted data is +/- 3.3 percentage points for the full sample. The design effect for this study was 1.15.