While the dangers are significant, many see marijuana use as a risk-free, recreational activity. 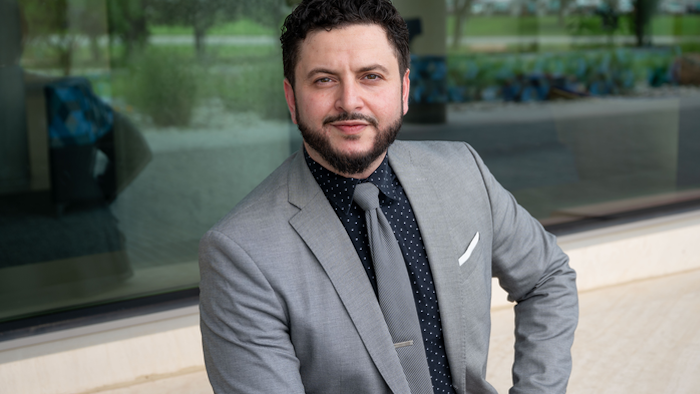 A multi-institutional team that includes an assistant professor of kinesiology from The University of Texas at Arlington has published a paper in the journal Pediatrics that examines the impact of blunt use on factors such as respiratory function and brain development in adolescents.

Blunt use, the practice of smoking a hollowed-out cigar filled with marijuana, is a prominent method of consumption among teenagers in the United States.

Ziyad Ben Taleb, senior author of the article “Trends and Factors Related to Blunt Use in Middle and High School Students, 2010-2020” and director of UTA’s Nicotine and Tobacco Research Laboratory, said research into the various forms of marijuana consumption demonstrates that each method involves distinct risks.

“Marijuana products come in different forms, and as a result, each product has its own risk profile based on its unique characteristics and the method of administration,” Ben Taleb said. “Blunts are wrapped with tobacco leaves. Therefore in addition to marijuana, they contain considerable levels of nicotine.”

The study concludes that, due to nicotine exposure, blunt use can act as a gateway to other tobacco and nicotine products, including e-cigarettes, cigarettes, cigars and hookah. These put users at increased risk for respiratory disease.

Other heightened risks associated with adolescent blunt and marijuana consumption include chronic bronchitis, addictive behavior and vulnerability to mental health disorders, Ben Taleb said. While the dangers are significant, many people see marijuana use as a risk-free, recreational activity.

“A common misconception, especially among adolescents, is that marijuana use is completely safe and does not have long-term effects,” he said. “This notion has been consistently debunked by numerous studies. Cumulative evidence shows that regular marijuana use in adolescence is associated with connectivity impairments of the brain regions involved in a broad range of executive functions, including memory, learning and impulse control.”

The researchers hope their investigation will inform federal and local regulatory actions and assist public health practitioners as they design school-based prevention programs that educate young people about the harms of both marijuana and tobacco use.

“As public health specialists, our goal is not to limit liberties or individual rights,” Ben Taleb said. “Our goals are to raise health awareness and ensure that false information does not promote harmful perceptions and risky behaviors. We want to empower the public to make informed decisions based on health facts.”