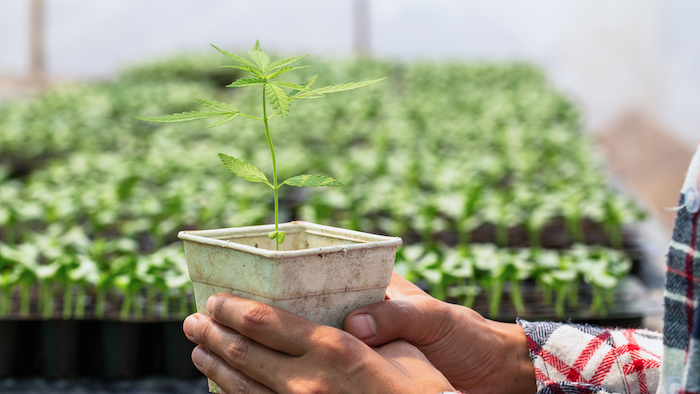 MARYSVILLE, Ohio -- The Scotts Miracle-Gro Company announced the creation of a newly formed subsidiary, The Hawthorne Collective, that will focus on strategic minority investments in areas of the cannabis industry not currently pursued by The Hawthorne Gardening Company.

To that end, The Hawthorne Collective will provide a $150 million convertible loan to Toronto-based RIV Capital, a cannabis investment and acquisition firm currently listed on the Toronto Stock Exchange.

“The addition of The Hawthorne Collective into our portfolio allows us to explore and pursue new opportunities in an industry that is poised for significant growth in the years ahead,” said Jim Hagedorn, chairman and chief executive officer. “With full appreciation of current banking and legal requirements, The Collective is designed to allow us to eventually participate directly in a larger marketplace as the legal environment changes over time.”

The strategic investment in RIV Capital is in the form of a six-year convertible note. The note accrues interest at 2.03% percent annually for the first two years and includes additional follow-on investment rights. Upon conversion, The Collective, and thus ScottsMiracle-Gro, would own approximately 42% of RIV Capital.

The Collective will also have the right to nominate up to three members to RIV Capital’s Board of Directors, which will be increased to seven. Neither The Collective nor ScottsMiracle-Gro will have an active day-to-day role in RIV Capital nor the companies in which it invests.

In filings with Canadian regulators and the Toronto Stock Exchange, RIV Capital indicated it would use the funds provided by The Collective for general corporate and other lawful purposes, which could include additional investments and acquisitions. Upon close, RIV Capital will become The Collective’s preferred vehicle for future investments that are not currently in the purview of The Hawthorne Gardening Company. The transaction is expected to close in the fourth quarter of 2021.

“By making a minority, non-equity investment in RIV Capital, this initial transaction will have little near-term impact on our financial performance,” Hagedorn said. “While this approach means we will employ capital that won’t be available for near-term investments with a more immediate return, we are confident our partners at RIV Capital and our long-term approach ultimately will drive meaningful value for our shareholders.”

“Indeed, the growth of The Hawthorne Gardening Company over the past six years has generated significant shareholder value. It also has allowed us to develop a rare level of expertise and insight regarding the cannabis space without being involved in the plant-touching aspects of the industry. That is why we are beginning to invest in other areas of the industry through The Collective while continuing to pursue near-in strategic acquisitions to fold into the existing Hawthorne Gardening business.”