It was the first Southeast Asian nation to decriminalize marijuana for medical purposes. 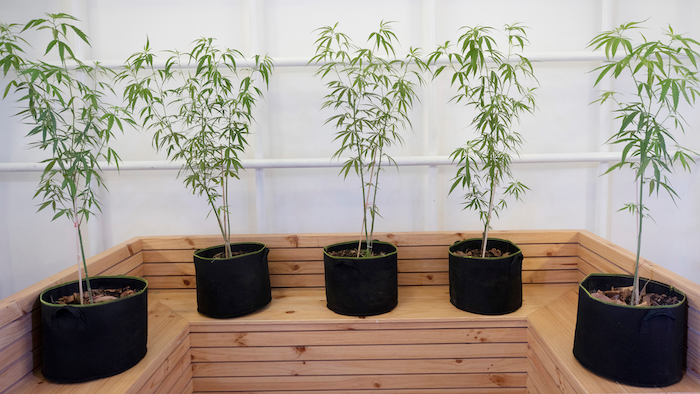 BANGKOK (AP) — Thailand, which in 2020 became the first Southeast Asian nation to decriminalize the production and use of marijuana for medicinal purposes, moved Thursday to further loosen regulations on the drug.

The Public Health Ministry’s Food and Drug Administration proposed that cannabis -- which includes marijuana and hemp plants -- be completely dropped from its official listing as a prohibited narcotic or psychotropic substance.

The new proposal would facilitate previous measures liberalizing the use of cannabis for medicinal and commercial purposes, such as its inclusion in foodstuffs.

Officials at the FDA declined to speculate on the broader legal ramifications of purging cannabis plants from the prohibited list. Police and anti-drug officials were cited by the Bangkok Post newspaper as saying that even with the delisting, growing cannabis without official permission would remain illegal.

Thailand has not legalized recreational marijuana, and has regulated production and trade of legal cannabis. By law, legal cannabis must contain less than 0.2% by weight of tetrahydrocannabinol -- THC -- the psychoactive ingredient that gives users a high. That limit would remain under the current draft of the new proposal.

Under the 2020 legal changes, most parts of the cannabis plant were dropped from the Category 5 list of prohibited drugs, but seeds and buds, which are associated with recreational use, were retained. The measure now being proposed by the FDA would remove all parts of the plant from the list.

Public Health Minister Anutin Charnvirakul said Thursday that the proposal “responds to the government’s urgent policy in developing marijuana and hemp for medical and health care benefits, developing technology and creating income for the public.”

Anutin is the leader of the Bhumjai Thai Party, a major partner in the country’s coalition government. Anutin campaigned in the 2019 general election for legalization of production of marijuana to aid farmers.