The boxes were manifested as foam pool toys. 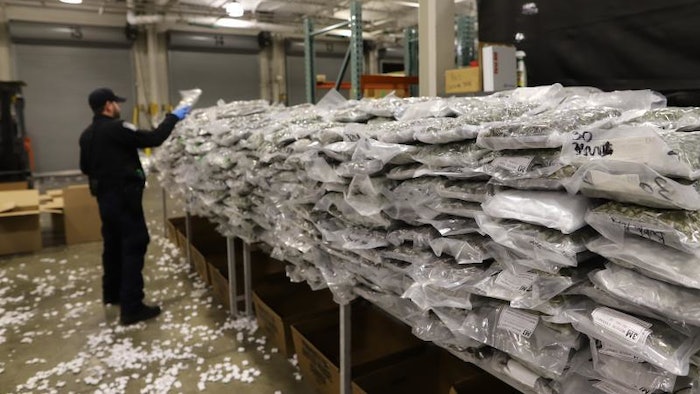 An X-ray scan and subsequent physical inspection by officers and a K-9 team discovered 2,175 pounds of marijuana.
CBP

On May 11, 2022, Customs and Border Protection’s Office of Field Operations intercepted more than a ton of marijuana at the Fort Street Cargo Facility in Detroit.

According to CBP, the shipment originated from Ontario, Canada, but the agency doesn't have any information on the intended destination.

The cargo was seized along with the trailer.