This is not the first time the CRA and Sky Labs have squared off.

Sky Labs, a cannabis edibles maker based in Mount Morris, had sales of its products placed on hold in Michigan.

According to MLive, no explanation was given for the hold, which was handed down by the state’s Cannabis Regulatory Agency (CRA).

A representative for Sky Labs said the products that have been blocked are valued at more than $5 million.

Though no reason was given for the hold, Sky Labs speculated it wasn’t a health or safety issue since no recall was issued.

Attorney Denise-Policella, who represents Sky Labs, said the hold represents “an unconstitutional seizure without an opportunity for due process.”

The CRA declined to comment for the publication, but this is not the first time the agency and Sky Labs have squared off.

Last year, the company was fined $20,000 by the CRA for allegedly underreporting the vaping cartridges it manufactured.

Sky Labs claimed that the underreporting was not intentional and instead due to a clerical error. 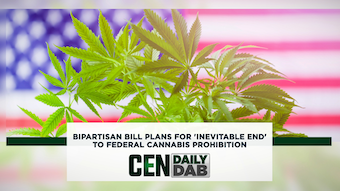 The bill is being proposed by two Republicans and a progressive Democrat.
Apr 19th, 2022
Follow Us
Most Recent