“Our new pre-roll cone loading machine, the Cone Lander, can efficiently load a tray of 72 pre-rolled cones in just seconds, which will save production many hours in hand-loading trays with empty paper cones. The Cone Lander is a part of STM Canna's cost-effective pre-roll automation solutions which can help businesses produce thousands of pre-rolls a day while reducing labor costs," said Erik Blackerby, STM Canna’s Chief Operating Officer.

The Cone Lander fits into STM Canna's pre-roll automation lineup featuring the simple, and effective, one-tray workflow, which is the process of producing a quality finished pre-roll from beginning to end, and from grind to close.

The Cone Lander is the first step in the pre-roll production process which loads 72 empty pre-rolled cones into a tray in seconds. Next, the same tray is then transported to the commercial pre-roll machine, the RocketBox, for accurate filling and packing. The third step involves moving the tray to the LaunchPad scale for quality control weighing. The final step is placing the tray in the Atomic Closer, for prompt closing with a professional looking Dutch crown in just 45 seconds. The entire pre-roll production process can produce 72 finished joints every few minutes with just one tray, and tens of thousands a day with more trays. 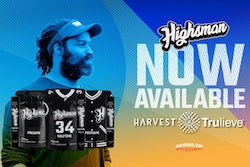