Hemp in the United States

In this Oct. 5, 2013, file photo, a woman stands in a hemp field at a farm in Springfield, Colo.
AP Photo/P. Solomon Banda

The Agricultural Act of 2014 allowed for federally funded research on hemp for the first time since 1937. Since 2014, pro-hemp legislation has received increasingly bipartisan support, culminating with the Hemp Farming Act of 2018, which would remove industrial hemp from its current listing as a Schedule 1 drug, and allow hemp to be treated like any other agricultural commodity. In part because of this legalization, hemp production in the United States has the potential to increase substantially. This study describes what is known about the economic and regulatory considerations of U.S. hemp agriculture through the lens of path dependency. Important questions remain regarding the legal and regulatory landscape of hemp, and are further complicated by its current listing as a Schedule 1 drug.

Trey Malone is an assistant professor and extension economist in the Department of Agricultural, Food, and Resource Economics at Michigan State University. Kevin Gomez is the program manager of the Institute for Economic Inquiry at Creighton University. 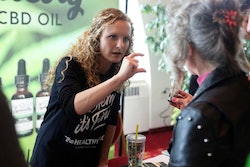