Days ahead of a planned vote, Gov. Phil Murphy said he and legislative leaders are "making progress, but we have a ways to go." 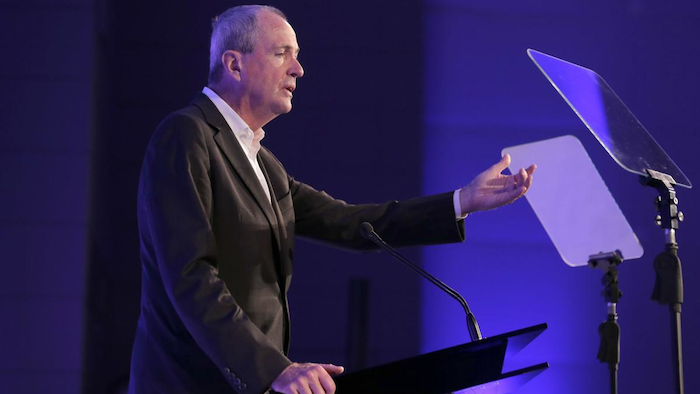 Days ahead of a planned vote in the Legislature that would make New Jersey the 11th state to legalize recreational marijuana, Gov. Phil Murphy said Thursday that the measure is short of the votes needed to pass.

The Democrat spoke Thursday during a news conference alongside more than a dozen supporters of the bill, including the NAACP and the American Civil Liberties Union of New Jersey, and said he and legislative leaders are "making progress, but we have a ways to go."

Murphy and fellow Democrats, Assembly Speaker Craig Coughlin and Senate President Steve Sweeney, support the measure, which would legalize recreational cannabis for people 21 and over.

But lawmakers have expressed reluctance, and the vote's outcome Monday is uncertain. Forty-one votes are needed in the Assembly and 21 in the Senate.

Murphy's push Thursday comes after the bills advanced Monday in Assembly and Senate committees more than a year after Murphy took office on a promise that he would legalize recreational weed. New Jersey is already one of more than couple of dozen states that has legalized medical marijuana.

The bill would bring in an estimated $60 million initially in new tax revenues, which has led to criticism that Murphy wants to legalize the drug as a tax grab.

But Murphy on Thursday rebutted those attacks and cast the bill as unmistakably tied to relieving racial injustice, citing a higher rate of marijuana-related arrests among black people.

He also aimed at lawmakers who worry about the exposure of marijuana to young people.

"Our kids are exposed with no regulations. The bad guys run the business. That's the status quo," he said. "The status quo is the alternative."

If the measure passes, New Jersey would become the 11th state, along with the District of Columbia, to legalize recreational cannabis. Most states have used ballot initiatives to do so, but New Jersey is pushing it through the Legislature.

Legislators have said a law makes it easier for them to tweak, compared with a ballot initiative to change the constitution.

The 176-page measure imposes a $42 per ounce tax, sets up a regulatory commission and expedites marijuana-related expungements.

The measure aims to incentivize women and minorities to participate in the legal marijuana market by requiring 30 percent of licenses go to them, and it calls for an investigation on the influence of cannabis on driving and for funding drug-recognition experts for law enforcement.