More than a dozen people broke into Pure Oasis, one of the few black-owned shops in the country, early Monday. 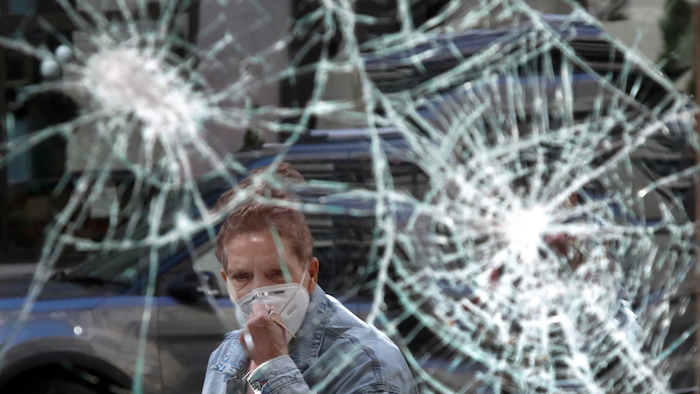 Pure Oasis, one of the few black-owned shops in the country, was robbed early Monday morning, as mostly peaceful protests against police brutality ended in violence miles away in downtown Boston, police said this week.

More than a dozen people broke through the Dorchester shop's window just before 2 a.m. on Monday.

Kobie Evans, the shops’s co-owner, said people stole more than $100,000 in merchandise, including about 2,000 pre-rolled joints and 2,000 containers of marijuana flower.

He said he believes the robbery was planned because the group appeared to have an understanding of the store's layout, including a secure back room, based on surveillance video of the incident. Police haven't made any arrests yet.

The state's Cannabis Control Commission, which regulates the industry, said it is also investigating thefts at two medical marijuana operations in Boston that happened around the time protests turned violent.

Pure Oasis was among dozens of retail pot shops allowed to reopen last week in Massachusetts after being ordered shut down the past two months because of the coronavirus pandemic.

It was also the first pot shop approved to open after taking part in the state's program aimed at encouraging black and minority entrepreneurs in the marijuana industry.