The panel backed a trial of non-inhaled medical cannabis if standard care is insufficient. 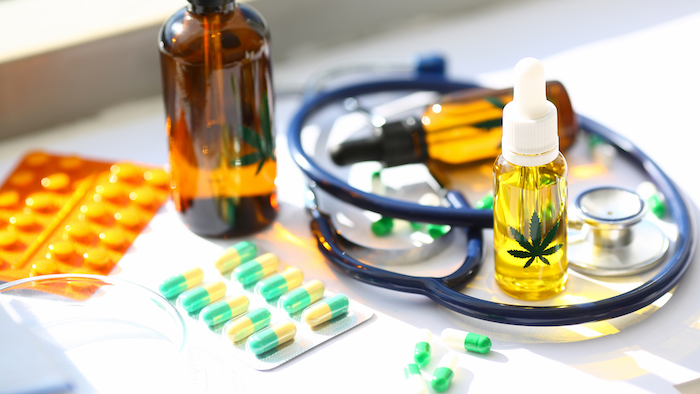 In The BMJ today, a panel of international experts make a weak recommendation for a trial of non-inhaled medical cannabis or cannabinoids (chemicals found in cannabis) for people living with chronic pain, if standard care is not sufficient.

The recommendation applies to adults and children living with all types of moderate to severe chronic pain. It does not apply to smoked or vaporized forms of cannabis, recreational cannabis, or patients receiving end-of-life care.

Their advice is part of The BMJ’s Rapid Recommendations initiative -- to produce rapid and trustworthy guidelines for clinical practice based on new evidence to help doctors make better decisions with their patients.

Medical cannabis is increasingly used to manage chronic pain, particularly in jurisdictions that have enacted policies to reduce use of opioids. However, existing guideline recommendations are inconsistent, and cannabis remains illegal for therapeutic use in many countries.

Today’s recommendation is based on systematic reviews of 32 randomized trials exploring the benefits and harms of medical cannabis or cannabinoids for chronic pain, 39 observational studies exploring long-term harms, 17 studies of cannabis substitution for opioids, and 15 studies of patient values and preferences.

After thoroughly reviewing this evidence, the panel was confident that non-inhaled medical cannabis or cannabinoids result in small to very small improvements in self reported pain intensity, physical functioning, and sleep quality, and no improvement in emotional, role, or social functioning.

The panel found no evidence linking psychosis to the use of medical cannabis or cannabinoids, but say they do carry a small to modest risk of mostly self limited and transient harms, such as loss of concentration, vomiting, drowsiness, and dizziness.

The panel was less confident about whether use of medical cannabis or cannabinoids resulted in reduced use of opioids, and found that potential serious harms including cannabis dependence, falls, suicidal ideation or suicide were uncommon, but this evidence was only very low certainty.

The recommendation is weak because of the close balance between benefits and harms of medical cannabis for chronic pain. However, the panel issued strong support for shared decision making to ensure patients make choices that reflect their values and personal context.

And they suggest further research should explore uncertainties such as optimal dose and formulation of therapy, and benefits and harms of inhaled medical cannabis, which may alter this recommendation.

In a linked editorial, researchers welcome this new patient centered guidance, but say clinicians should emphasize the harms associated with vaping or smoking cannabis, discourage self medication, and pay particular attention to vulnerable populations.

“Increased pharmacovigilance of all cannabis use remains a priority, along with an ambitious program of rigorous research on the short and long term effectiveness and safety of individual cannabis products for specific types of chronic pain,” they conclude.