The 17-year-old told deputies that he had taken a "deep draw" from a vaping device. 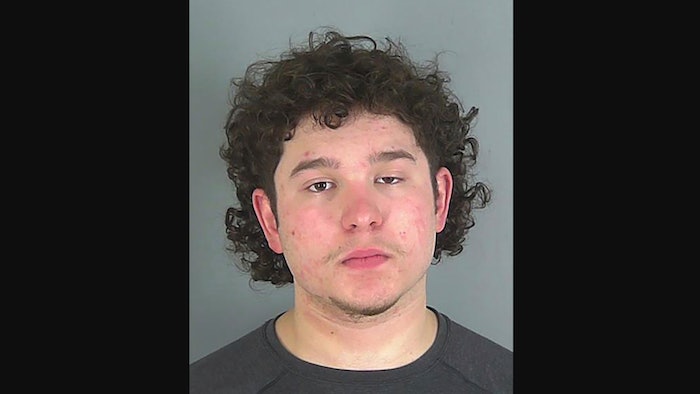 Marijuana was involved in a deadly South Carolina crash in which a former “American Idol” contestant has been charged with driving under the influence, according to an arrest warrant.

Caleb Kennedy, 17, ran over a man with his pickup truck Tuesday after driving up a residential driveway, authorities said. Kennedy told deputies after the crash that he had taken a “deep draw” from a vaping device and then felt its effects while driving, a prosecutor said in court Wednesday.

The warrant is the first indication that marijuana is part of the prosecution's felony charge, which carries a sentence of up to 25 years in prison.

The crash was a “terrible accident,” and Kennedy is deeply sorry, Beasley told The Associated Press. Beasley said he believes that something caused a reaction with prescription medication that Kennedy was taking.

The country music singer is accused of driving his truck into Larry Duane Parris, 54, who was standing just outside his shop where he fixes boats in Spartanburg County, authorities said. The impact of Tuesday's crash drove Parris inside the shop, where he was found by his daughter, Solicitor Barry Barnette said.

In a 911 call, Parris’ daughter can be heard screaming for help, and Kennedy can be heard on the tape saying he was sorry as he held the dying man inside the shop, the solicitor said. Parris was later pronounced dead at a hospital.

“He was holding the victim in his arms when the police got there,” Beasley told the AP.

“This was obviously a terrible, terrible accident,” Beasley said. Kennedy, a high school junior, “by all indications is a great student, never been in trouble.”

Kennedy is being charged as an adult and remains jailed after a judge denied any bond for now. Beasley said he planned to request bond at a court hearing later this month.

Kennedy advanced into the Top 5 of the ABC talent show last year, but dropped out after a video circulated of him sitting next to someone wearing what appeared to be a Ku Klux Klan hood.

Kennedy apologized at the time for the video, saying on social media that “it displayed actions that were not meant to be taken in that way.”

Kennedy’s mother, Anita Guy, told news outlets that the video was filmed when Kennedy was 12 and had been taken out of context. She said Kennedy had been imitating characters from a movie.