North Dakota now has 64 licensed hemp growers, double the number in 2017, when hemp growing was first permitted in the state. 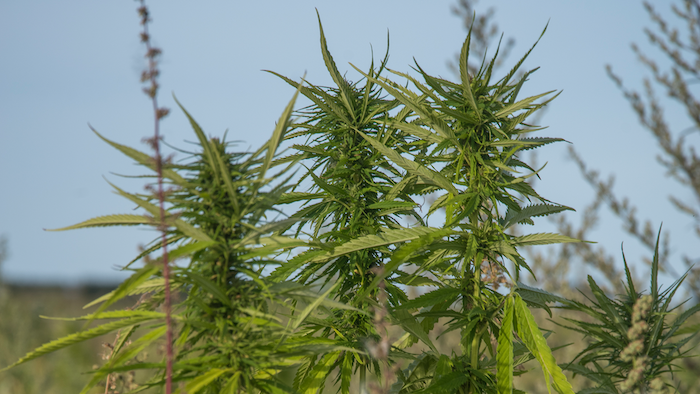 CBD is derived from the hemp plant and is said to have healing properties. The CBD market in North Dakota is now booming after the passage of the 2018 Farm Bill legalized hemp nationwide. Dietary supplements and personal care products containing CBD are seemingly everywhere — grocery stores, health food stores and even gas stations.

North Dakota now has 64 licensed hemp growers, Goehring noted. That figure is double the number of growers in 2017, the first year hemp growing was permitted in the state.

Henry Dockter, who owns a small family farm in Zeeland, attended the meeting.

“With agriculture products not being stable, this was kind of my getaway,” said Dockter, adding he’s been farming alfalfa, corn and soybeans since 1988.

Dockter noted that he first learned of CDB to treat health issues. Since then, he’s been researching which types of hemp seeds can help different ailments.

The licensing fee was changed from $25 an acre to a flat fee of no more than $350 based on the number of acres, effectively lowering the fee. Goehring told the Bismarck Tribune a drop in the fee could encourage more farmers to apply,

Before there were CBD processors in North Dakota, farmers had to transport hemp over state lines, which was illegal. Now, as many as four companies in North Dakota plan to process hemp for CBD this year.