Experts say the key question is often whether voters or legislators are making the decision. 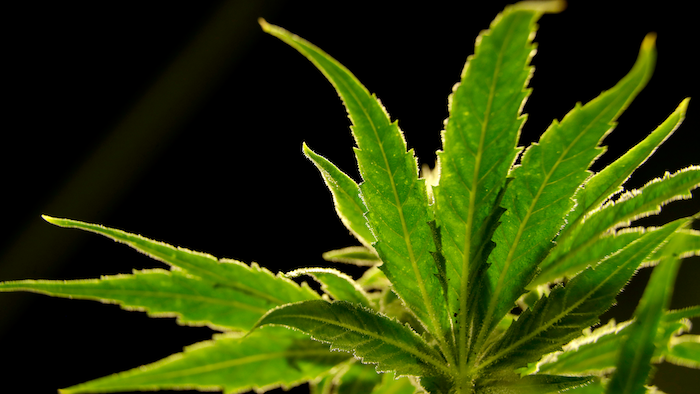 To anyone who figured the path of legalizing recreational marijuana use ran along blue state-red state lines, a sudden setback for pot advocates in New Jersey may show the issue isn't so black-and-white.

Leaders in solidly-blue New Jersey are vowing it will still become the 11th state to legalize the drug. But when a state Senate vote was abruptly put off Monday because it didn't have enough support, the delay was a reminder that the politics of pot legalization aren't purely partisan. The key question instead can be whether voters or legislators are making the decision, experts say.

"It's a good illustration that even in a state that's entirely Democratically controlled, it's not obvious that it would be passed — or that it would be easy," says Daniel Mallinson, a Penn State Harrisburg professor who studies how marijuana legalization and other policies spread among states.

Since voters in the states of Colorado and Washington decided in 2012 to let adults use marijuana for fun, legalization has traveled a route that looks — from a distance — something like the red-and-blue maps that frame many a U.S. political conversation.

Residents of Democratic states on the West Coast and parts of the Northeast, for instance, have said yes, as has the District of Columbia. Lawmakers in Republican-led North Dakota and Arizona have said no.

But look closer, and the trend isn't so clear. Voters in Ruby-red Alaska OK'd recreational pot in 2014, while legalization fizzled this year in the state legislature in deeply Democratic Hawaii . Several states where it passed — like Massachusetts, Michigan and Vermont — are less blue than purple, with governors and legislative leaders of different parties.

And overall, 61 percent of American adults say marijuana should be legal, including majorities of Republicans and Democrats , according to the General Social Survey conducted by NORC at the University of Chicago.

The Democratic governors and legislature leaders of New York and New Jersey have been jostling to make their states next in line to legalize, but the effort hasn't gone as smoothly as they might have hoped.

New York Gov. Andrew Cuomo aimed to pass marijuana legalization in the budget due April 1, but the issue may well linger until later this spring. Open questions include how to handle clearing past convictions and how to ensure that minority communities that bore the brunt of criminalization get potential opportunities in the marijuana business.

Those are also among the sticking points that prompted the New Jersey Senate to postpone Monday's planned vote, which would fulfill a campaign promise from Gov. Phil Murphy. Senate President Steve Sweeney insisted it would still pass eventually but didn't say when a vote might come.

Opponents see the development as an important victory.

"This is really going to send a strong signal nationwide that legalization is not inevitable," even in Democrat-dominated states, says Kevin Sabet, a former Obama administration drug-policy adviser who now heads Smart Approaches to Marijuana, an anti-legalization group.

Pot advocates, meanwhile, say they don't expect it to be easy to change policy about a drug that was illegal in all 50 states for decades, and still is in the federal government's view.

"It's not surprising that lawmakers are moving slowly and cautiously," said Mason Tvert, a spokesman for the pro-legalization Marijuana Policy Project.

Nine of the 10 states that have legalized recreational marijuana did so through voter referendums — not through their legislatures. Vermont is the exception.

To marijuana-policy experts, that's a more telling divide than a state's place on the partisan map.

"I actually see this as a populist-movement-vs.-representative (body) issue," says Andrew Freedman, who helped set up Colorado's recreational-pot program and now consults governments on doing so.

Why the difference? In part, voters are usually presented with more general propositions, with regulations to be fleshed out later, while legislators are likely weighing more details — and political considerations, experts say.

"A vote of the people is much more aspirational in terms of what you want your state to look like, and the vote to implement is much more what your state will look like. And then you have to own the outcome," Freedman says.

"When you start to talk about: how are you going to ensure minority-owned businesses, or what level of tax rates, or suddenly a representative has to go talk to their chief of police who is against it ... there's a lot of political risk for an elected official," he added.

For all that, lawmakers in 21 states at least proposed legalizing marijuana last year, according to the National Conference of State Legislatures.

"It's not an exclusive discussion to blue states or red states," says Karmen Hanson, a cannabis policy analyst for the group. "States are talking about it in the rainbow of red, blue and purple."