Calif. Cracks Down on Illegal Pot

The state is bolstering enforcement and launched an ad campaign urging consumers to seek out licensed shops. 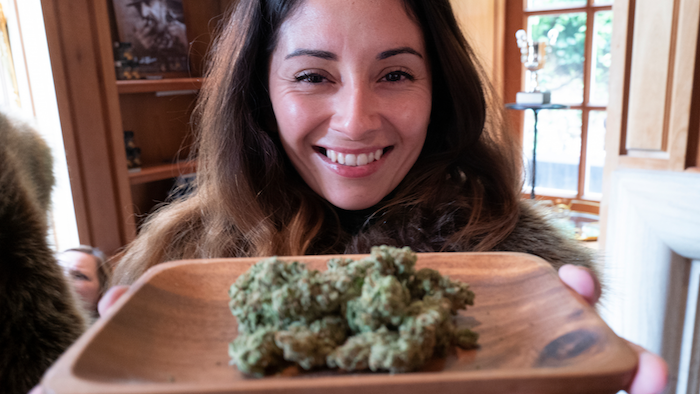 California is planning to intensify its enforcement against the state's thriving illegal marijuana market, including launching an ad campaign Friday that urges consumers to seek out licensed shops with safe products.

The state has been under pressure by the legal industry to do more to stop the illicit pot economy, which in Los Angeles and other cities often operates in plain sight. According to some estimates, up to 80 percent of sales in the state remain under the table, snatching profits from legal storefronts.

"We are going to start having a more aggressive enforcement stance to come after the illegal market," Lori Ajax, the state's top cannabis regulator, said at an industry forum.

The state announced it was kicking off a public information campaign — Get #weedwise — that encourages consumers to verify that their purchases are tested and legal.

Ads will be hitting social media sites and billboards promoting a state website where shoppers can quickly check if a shop is licensed — CApotcheck.com.

The campaign makes a simple argument: You don't know what you're getting if you buy illegal products.

One ad says, "What's in your weed shouldn't be a mystery. Shop licensed cannabis retailers only."

The campaign "will directly impact consumer safety by clarifying that only cannabis purchased from licensed retailers has met the state's safety standards," Ajax said in an earlier statement.

The ads are also intended to telegraph a warning to illicit shops and underground growers: Get licensed to operate in the legal market, or shut down.

The need for tougher enforcement came up repeatedly at the forum, which was organized by the United Cannabis Business Association, a trade group.

State Assemblyman Tom Lackey, a Republican from Palmdale, called the problem the "biggest failure right now in the system."

"Regulations are merely suggestions without an enforcement arm," he said, adding that the state and local governments are failing to work together.

California kicked off broad legal sales Jan. 1, 2018. But the illegal market has continued a bustling business, in part because consumers can avoid steep tax rates by buying in unlicensed dispensaries.

But there's a trade-off for saving a buck. Illegal products have not met strict state testing standards and could be tainted by mold, pesticides, heavy metals — even human waste.

"Do you know what's hiding in your counterfeit edibles?" one ad asks.

Agency spokesman Alex Traverso said the ads are part of a three-pronged campaign intended to eventually corral illegal sales — the others are enforcement, including shutting down illegal shops and farms, and quickly licensing businesses that want to enter the legal economy.

The state is spending an initial $1.7 million on the campaign and hopes to "get it in front of as many eyeballs as possible," Traverso said.

No one is predicting the campaign will bring illicit sales to a halt. But it's being seen as another step to aid legal businesses as the state transitions from what was once a largely illegal economy into a multibillion-dollar, regulated marketplace.

Industry officials highlighted ongoing struggles for the nation's largest pot market, including tax rates that can approach 50 percent in some communities, a maze of regulatory hurdles that discourage operators from entering the legal market and the challenge of establishing a California brand in the rapidly developing global market.

Democratic state Sen. Steven Bradford of Compton said the marketplace needs more diversity. "If the industry does not look like California, it will never succeed," Bradford said.