The bill was reintroduced after it passed for the first time last year. 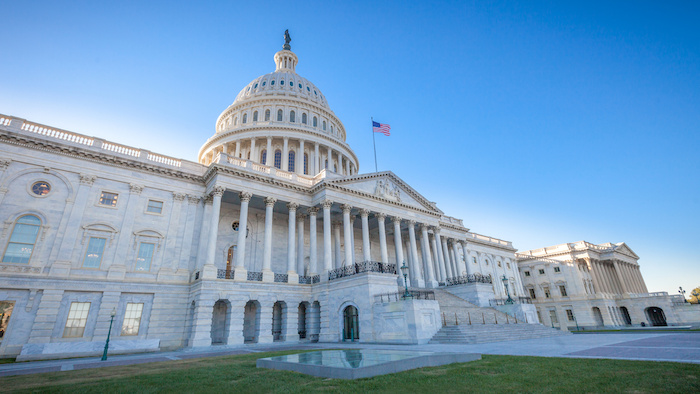 WASHINGTON, D.C. – On Thursday, the House Judiciary Committee approved a bill that would remove cannabis from the schedule of controlled substances and end the state-federal conflict that currently exists in the majority of states which have regulated cannabis in some fashion. The Marijuana Opportunity, Reinvestment, and Expungement (MORE) Act, or H.R. 3617, was reintroduced by House Judiciary Chairman Jerrold Nadler (D-NY) and has 74 cosponsors.

In addition to removing cannabis from the Controlled Substances Act, the bill would expunge non-violent federal cannabis convictions and support state efforts to do the same, provide opportunities and resources for cannabis businesses owned by women and people of color, create reinvestment programs for communities that have been adversely impacted by prohibition, improve immigration laws related to cannabis, and allow doctors in the Veterans Affairs system to recommend medical cannabis to their patients.

The MORE Act was originally approved in a full House vote in December 2020, becoming the first bill to end federal prohibition to pass in either chamber. A companion bill was introduced in the Senate by now-Vice President Kamala Harris, but did not receive a hearing before the end of the session.

The current legislation must be considered or waived by several more committees of jurisdiction before it can be brought up for another floor vote.

“We are thankful that the House continues to pursue sensible cannabis policy reforms and is once again moving on this important bill,” said Aaron Smith, co-founder and chief executive officer of the National Cannabis Industry Association (NCIA). “While the MORE Act lacks the robust regulatory structure we would like to see in a comprehensive descheduling bill, it represents the increasing support for ending prohibition among both lawmakers and the American public, not to mention the current policies of dozens of states around the country.”

“This bill would be a huge improvement on the status quo and is helping to further the conversation about what effective federal cannabis policy looks like,” Smith continued. “Removing cannabis from the Controlled Substances Act is absolutely necessary, and the MORE Act would be a big step in the right direction for restorative justice and making sure that small businesses and members of marginalized communities who have been disproportionately harmed by prohibition can benefit from the opportunities created by regulated cannabis markets.”

NCIA originally released recommendations for a federal regulatory framework in October 2019 and has been working with lawmakers to include them in comprehensive cannabis policy reform bills. Many of these ideas were incorporated in the draft language of the Cannabis Administration and Opportunity Act, which was released in July by Senate Majority Leader Chuck Schumer (D-NY) and Senators Cory Booker (D-NJ) and Ron Wyden (D-OR). NCIA provided significant feedback developed with members and stakeholders from across the cannabis industry and will continue to work with sponsors to pass legislation that undoes as much of the damage caused by prohibition as possible, protects small businesses, and ensures that a well-regulated cannabis industry can reach its full potential in the United States.