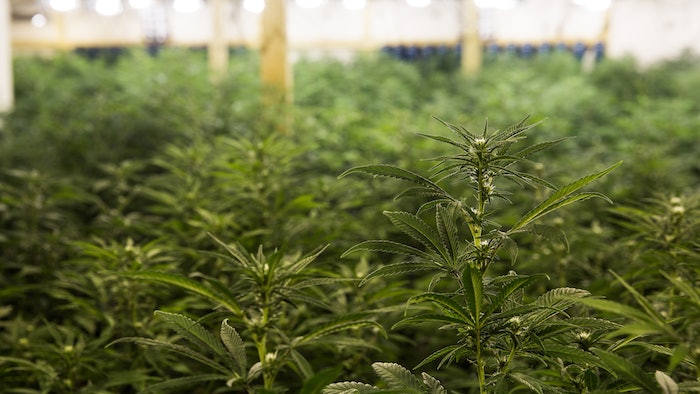 Federal prosecutors in Maine announced charges against 12 people in connection with a long-running illegal marijuana cultivation and distribution scheme.

According to the criminal complaint, Lucas Sirois, 41, of Farmington, Maine, and his co-conspirators took in more than $13 million over six years while paying local law enforcement and elected officials.

Sirois organized the operation to appear legal under the state’s medical marijuana program, but prosecutors said he sold marijuana on the illegal market and laundered the proceeds through a complex corporate structure. He also allegedly lied to his financial institution and filed false income tax returns.

Others charged in the complaint include:

The complaint lists 14 criminal counts, including charges related to distribution of controlled substances, money laundering, bank fraud, tax evasion, and tampering with documents. Most of the defendants face the possibility of decades in prison.

A 13th person connected to the probe, meanwhile, reached a plea deal with prosecutors. Randal Cousineau, the primary financier and 50% partner in the illegal growing operation, pleaded guilty to conspiring to possess and distribute more than 1,000 kilograms of marijuana and 1,000 marijuana plants. He faces up to life in prison.

A civil complaint filed by federal prosecutors also seeks the forfeiture of 12 properties either involved in the illegal trafficking or purchased with its proceeds.