Many are operating under the guise of being legal hemp farms. 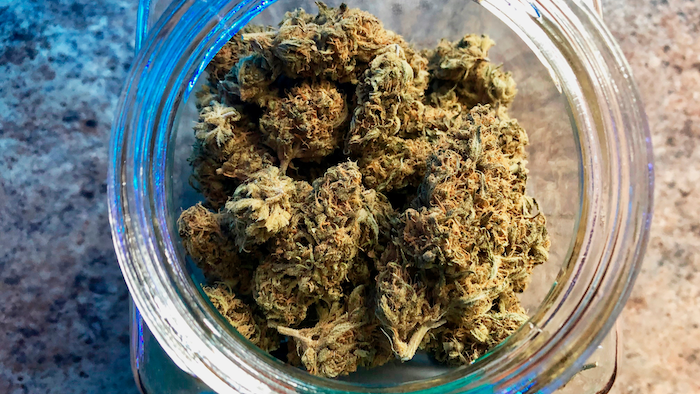 A jar of medical marijuana sits on the counter at a dispensary in Sherwood, Ore., April 8, 2019.
AP Photo/Gillian Flaccus, File

SALEM, Ore. (AP) — Amanda Metzler, a licensed cannabis grower, has beefed up security around her property and no longer dares to go out after dark because she's afraid of armed cartel members who run illegal marijuana farms in her region — even directly across the street.

Elin Miller, a vineyard owner, said the illegal sites have lured away so many field workers that grape growers and wineries are suffering labor shortages, particularly at harvest time.

Jackson County Sheriff Nathan Sickler says the crime rate, associated with the thousands of illegal marijuana farms that have sprung up this year in southern Oregon, has gone through the roof.

“We’ve had stabbings, robberies, thefts, burglaries, homicides, sex crimes, motor vehicle accidents, DUIs, all related to the influx of the marijuana-cannabis industry in our in our valley,” Sickler said. “It is certainly an issue we deal with on a daily basis here.”

The three were among witnesses who testified Tuesday before a committee of the Oregon Legislature, in an effort to seek help in stemming the proliferation of illegal grow sites in southern Oregon.

The managers of the sites — which were brazenly erected last spring primarily in Jackson and Josephine counties in the largely rural region near the California state line — have stolen water from rivers, creeks and aquifers during a severe drought and abused immigrant workers, officials have said.

Many illegal marijuana farms are operating under the guise of being legal hemp farms. Steven Marks, director of the Oregon Liquor and Cannabis Commission, said that tests conducted at some 400 self-proclaimed hemp sites from July 28 to mid-September showed that most plants had higher amounts of THC, the component that gives cannabis its high, than is legally allowed for hemp.

“So the upshot is 54% of all the tests we successfully conducted were positive and presumptive for marijuana,” Marks said.

Managers of 73 sites told state inspectors to go away, and barred access. Many sites are guarded by gunmen.

Sickler described “an explosion of growth” in marijuana farms.

“We don’t have the resources in Jackson County to deal with something like that,” Sickler told the House Interim Committee On Economic Recovery and Prosperity.

“I can tell you that on the ground, the ubiquitous presence of these structures, often with very little effort meant to shield them from the public view, has been shocking,” Marsh said.

There aren’t enough inspectors to test for THC content at each site to determine which ones are legal and which are not, officials have said. Police said they do not have the capacity to raid all the suspicious sites, with each raid requiring an investigation and search warrant.

“First and foremost, we need to allocate significant funding to support law enforcement and code compliance operations," Marsh told the committee. "Jackson County alone has estimated a cost of $7.3 million a year to enable the county to adequately tackle illegal grows. Josephine County is likely to have a similar need.”

Vineyards are also feeling the impact of the illegal pot farms, said Miller, chair of the Oregon Wine Council.

“We are already facing challenges finding enough workers to support our operations, particularly during peak harvest seasons,” Miller said. “The unfair and often illegal labor practices of these illegal operations are compounding that issue by paying workers in cash at significantly higher wages than those of us who ... are adhering to all labor laws.”

With tons of marijuana having been recently harvested and the illicit business largely conducted in cash, gunmen are now preying on the illegal farms and marijuana processing sites.

Rep. John Lively, the committee chairman, said its members would draft legislation to help the situation. But he pointed out that the next legislative session, which starts in February, is a short one, lasting barely a month, giving little time for a raft of bills to pass committees and both the House and Senate.

“And so the more complex the legislation, the more problematic it’s going to be,” Lively said. “So how many issues do we try to address or not address in the short session, versus something else?”

Marsh warned that there won't be a quick fix.

“We know that it will take several years of significant effort, perhaps three to five before we can expect to have the issue corralled,” she said.

The illegal farms produce tons of marijuana that is sold outside the state. Officials believe that foreign cartels selected southern Oregon because it’s part of the the fabled marijuana-growing Emerald Triangle, a zone in which California’s Humboldt, Mendocino and Trinity counties form the major part.

Federal drug agents and representatives of the U.S. Attorney’s Office in Oregon met on Tuesday with local law enforcement and other officials to hear about the challenges they’re facing.

“We all are being affected by the illegal market in so many ways that we need to work together as united as we can be,” Daniel said in an email. “The illegal marijuana market has no borders or boundaries.” 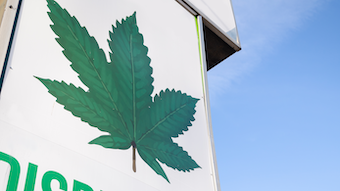 The dispensary’s founder faces allegations of fraud and money laundering.
Nov 17th, 2021
Follow Us
Most Recent