The substance not only prevented neuropathic pain, but was also beneficial against cancer. 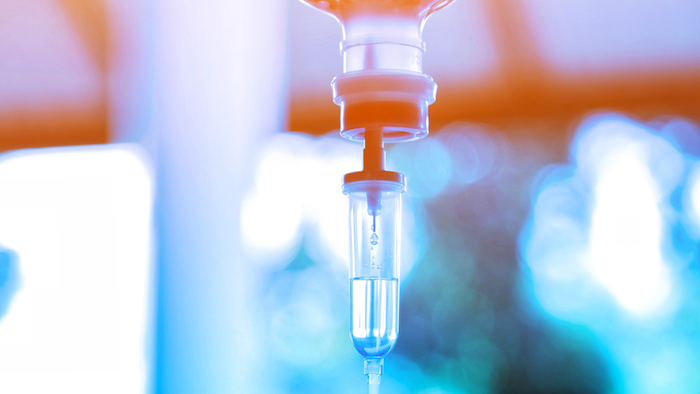 A synthetic substance analogous to cannabidiol prevents the neuropathic pain caused by chemotherapy. Neuropathy is a relatively common adverse effect of chemotherapy drugs and can lead to the interruption of clinical cancer treatment.

A study that reached this conclusion was conducted in Brazil involving paclitaxel, a widely used chemotherapy drug available to patients with various types of cancer via Brazil’s national health system (SUS). An article on the study is published in the journal Neurotherapeutics.

The study showed that administration of the cannabidiol analog to mice in combination with the chemotherapy drug improved cancer treatment with no adverse effects and did not cause dependence.

Cannabidiol (CBD) is a natural chemical found in the cannabis plant. It does not contain tetrahydrocannabinol (THC), the psychoactive ingredient that produces a marijuana “high”.

“Paclitaxel causes nerve damage, which is normally associated with neuropathic pain. According to estimates, 80% of patients who use paclitaxel develop this kind of chronic pain to a greater or lesser extent. It’s a highly important clinical problem, and nothing works in these patients to relieve the pain. In many cases, the chemotherapy has to be interrupted,” said Thiago Mattar Cunha, penultimate author of the article and a researcher at the Center for Research on Inflammatory Diseases (CRID).

CRID is one of several Research, Innovation and Dissemination Centers (RIDCs) funded by FAPESP. It is hosted by the University of São Paulo’s Ribeirão Preto Medical School (FMRP-USP).

The cannabidiol analog, called PECS-101, has a similar structure to cannabidiol but with the addition of fluoride, which according to the scientists makes it three to ten times more powerful than cannabidiol. It was synthesized by Raphael Mechoulam, Professor of Medicinal Chemistry and leading cannabis researcher at the Hebrew University of Jerusalem in Israel.

“Our research group partnered with Mechoulam and began to investigate the effects of the substance. We hold the international patent on PECS-101, which is licensed to a United States company. We continue to study its effects and receive no funding from the company in question,” said Francisco Silveira Guimarães, a professor at FMRP-USP and last author of the article.

Before they could find out whether PECS-101 prevented neuropathic pain, the researchers first showed that paclitaxel induced it in an animal model. They then studied the action mechanism of PECS-101 to make sure no pain occurred.

“We observed that the drug’s action mechanism occurs via a cellular receptor called PPARy, and not via the endogenous cannabinoid receptors CB1 and CB2. Previous research had already shown that drugs that interact with PPARy have anti-tumor and anti-neuropathy effects,” said Nicole Rodrigues da Silva, a researcher in the Department of Pharmacology at FMRP-USP and first author of the article.

The researchers themselves bred the mice used in the study. Some of the mice were genetically modified so as not to have the receptors. “In the animals without this type of receptor, PECS-101 had no effect,” Silva said.

PPARy receptors are expressed in several cell types. In the study, the researchers analyzed their action in macrophages, because these immune system cells are closely linked to neuropathic pain. “Macrophages are important to the neuropathic pain caused by paclitaxel,” Cunha said. “A neuroinflammatory mechanism has been described, and there’s evidence that PPARy agonists have anti-inflammatory effects. Other evidence also suggests cannabidiol can act via these receptors.”

However, it was necessary to demonstrate that PECS-101 also helped the chemotherapy, or at least did not hinder it. “To do this, we performed another experiment, this time involving female mice with induced breast cancer, and found that PECS-101 not only didn’t interfere with the effect of paclitaxel but also appeared to improve the cancer treatment. We confirmed this experiment by obtaining the same positive result in cultured human cells,” Silva said.

The study also showed that PECS-101, like cannabidiol, does not cause dependence.

According to Guimarães, reports of the potential anti-cancer effects of cannabidiol can be found in the scientific literature. “It, therefore, wasn’t a complete surprise to find that PECS-101 also has this property,” he said. “The most positive finding is that it prevents neuropathic pain. In other words, pain doesn’t even happen. In addition, it enhances the treatment. This undoubtedly justifies the hope that chemotherapy with paclitaxel can become more effective.”