New Jersey and 17 others states, along with the District of Columbia, have legalized recreational marijuana. 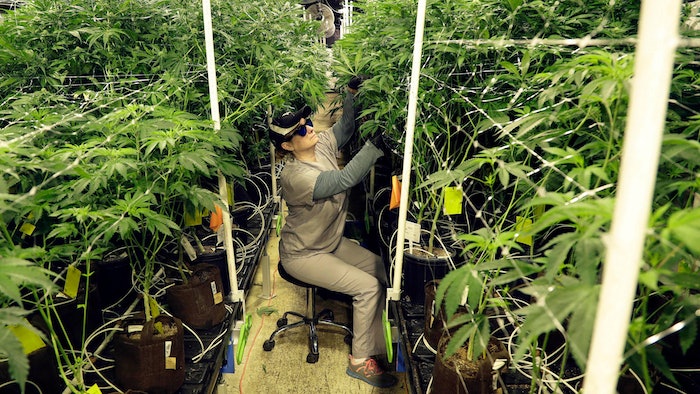 “This is a historic step in our work to create a new cannabis industry,” said Murphy, who made the announcement via Twitter.

The news comes just three days after state regulators greenlighted permits for seven facilities, which already sell medical cannabis, to begin retailing recreational marijuana. It's also about a year after the state's regulatory commission started operating, and a year and a half after voters overwhelmingly approved a ballot question to allow recreational marijuana for people 21 and older.

New Jersey's recreational sales are slated to begin ahead of New York, where sales are not expected to start until the end of the year, state officials have said.

Neighboring Pennsylvania has medical cannabis but not recreational. Some cities, including Philadelphia and Pittsburgh, have passed ordinances to decriminalize marijuana or make it a low law enforcement priority. Legislation to permit recreational marijuana in Delaware was defeated last month in the Legislature.

Three of the seven New Jersey facilities, known as alternative treatment centers, are in the northern part of the state. Three are in the south, and one is in its central.

To get approval, the centers agreed that the coming influx of recreational buyers won’t interrupt access for patients. The facilities said they would reserve parking spaces for patients as well as keep hours specifically for patients only.

There are about 130,000 medical marijuana patients in the state, with an estimated roughly 800,000 potential recreational consumers, and fewer than 800,000 estimated “tourism” consumers, according to the commission.

Ben Kovler, the CEO of Green Thumb Industries, which operates dispensaries in several states, is preparing for the start of recreational sales at facilities in Paterson and Bloomfield. Kovler said he expects a “tidal wave" of demand.

“We are witnessing the end of prohibition 2.0,” he said in an emailed statement.

The alternative treatment centers that already had medical cannabis retail sales are getting a head start in the recreational market, but regulators have attached strings to their advantage. The centers have to meet social equity standards, such as providing technical knowledge to new marijuana businesses, especially social equity applicants — those located in economically struggling parts of the state or people who have had cannabis-related offenses.

“We remain committed to social equity,” Cannabis Regulatory Commission Chair Dianna Houenou said in a statement. “We promised to build this market on the pillars of social equity and safety. Ultimately, we hope to see businesses and a workforce that reflect the diversity of the state."

How much tax revenue New Jersey gets from recreational marijuana isn’t clear. Murphy’s fiscal year 2023 budget, which is pending before the Democrat-led Legislature, estimates revenues of just $19 million in a nearly $49 billion budget. In 2019, as legalization of recreational marijuana was still just pending before voters, he had estimated about $60 million in revenue.

Legislation governing the recreational market calls for the 6.625% sales tax to apply, with 70% of the proceeds going to areas disproportionately affected by marijuana-related arrests. Black residents were likelier — up to three times as much — to face marijuana charges than white residents. Towns can also levy a tax of up to 2%.