The idea borrows from a craft beer strategy.

A Colorado-based dispensary is borrowing a common distribution strategy for craft beer and applying it to cannabis.

Veritas Fine Cannabis this month debuted a “Build Your Own Half Oz.,” similar to the build-your-own-multi-pack deals often seen for beer sales.

Customers who buy three eighth jars at full price get the fourth for 10 cents and get a handy four-pack carrier to bring it home in.

The strategy allows dispensary customers to mix and match strains and maybe try more products than they would typically.

According to the Denver Post, Veritas last year welcomed Dale Katechis, founder of Oskar Blues Brewery, to its leadership team.

Though Katechis wasn’t involved in developing this promo, he sees plenty of parallels in the recreational cannabis and craft beer markets.

“...Our mantra was we went out and educated the consumer, and that helped broaden the category as a whole,” he told the publication. 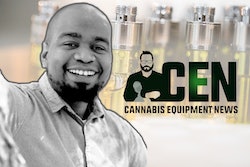 Vlad Valme: Vape Filling is About Accuracy, Not Speed