However, it appears to be in trouble in the House. 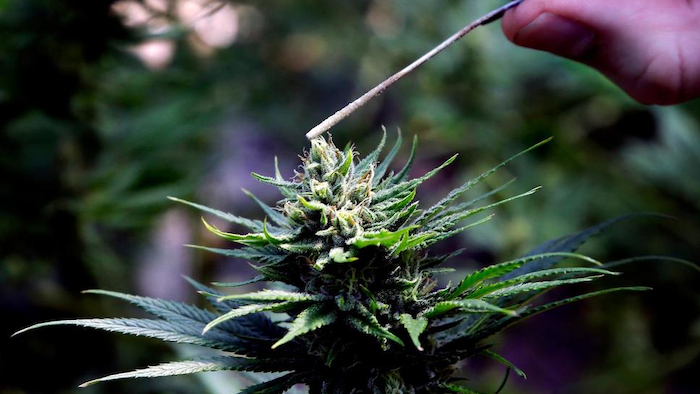 In this April 24, 2018 file photo, a hemp plant is pollinated at the Unique Botanicals facility in Springfield, Ore. The Senate has approved legislation to legalize hemp in Idaho. The Senate voted 32-3 Monday, April 1, 2019, to approve the bill that would legalize the growing and selling of hemp products containing 0.3 percent or less of THC, the cannabis compound that gives marijuana its high.
AP Photo/Don Ryan, File

BOISE, Idaho (AP) — The Senate on Monday approved legislation to legalize hemp, although it appears to be in trouble in the House.

The Senate voted 32-3 to approve the bill that would legalize the growing and selling of hemp products containing 0.3% or less of THC, the cannabis compound that gives marijuana its high.

Oregon and Kentucky are big producers of hemp, and much of what they grow is processed in Colorado. Companies rely on interstate trucking to transport the plant and often drive through Oklahoma and Idaho, where some truck drivers have been arrested.

Backers of legalizing hemp in Idaho say the state's climate is ideal for growing hemp and farmers could sell hemp seeds and a hemp-derived extract called cannabidiol, or CBD, which is seen by many as a health aid.

In its purified distilled form, CBD oil commands thousands of dollars per kilogram, and farmers can make more than $100,000 an acre growing hemp plants to produce it. That distillate also can be converted into a crystallized form or powder.

The bill was amended in the Senate to address those concerns by law enforcement officials as well as Republican Gov. Brad Little, who last week said he was chagrinned with the House version because it didn't include law enforcement provisions.

Republican Rep. Dorothy Moon said Monday said the Senate amendments changed the bill too much and withdrew as one of the sponsors, along with other House members.

Republican Sen. Abby Lee supported the bill, saying Idaho needed to start legalizing hemp so that the state Department of Agriculture could have time to work on possible rules heading into the next legislative session.

"We all know that we have to figure out what we're going to do in Idaho and what that policy is going to look like," she said.