The measure would authorize state regulators to share information collected from cannabis companies with banks. 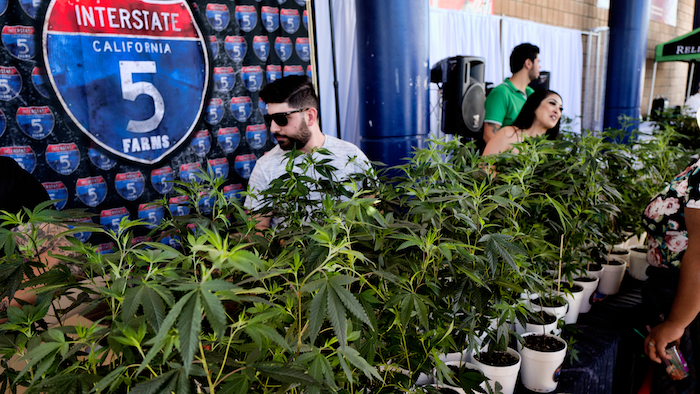 California legislators considered a plan Monday intended to encourage more banks to do business with marijuana companies that have been frozen out of thousands of financial institutions.

Most Americans live in states where marijuana is legally available in some form. But most financial institutions don't want anything to do with money from the cannabis industry for fear it could expose them to legal trouble since the federal government still considers marijuana illegal.

The conflict between state and federal law has left businesses in California's emerging legal pot industry in a legal dilemma, shutting many out of everyday services such as opening a bank account or obtaining a credit card. It also has forced many businesses to operate only in cash — sometimes vast amounts — making them ripe targets for crime.

An Assembly bill would authorize state regulators to share detailed sales, cultivation and shipping information collected from cannabis companies with banks, a step supporters hope will provide additional assurances to financial institutions that a pot shop or grower is operating within the law.

During the Obama administration, the Justice Department issued guidelines to help banks avoid federal prosecution when dealing with pot businesses in states where the drug is legal.

But most banks don't see those rules as a shield against charges that could include aiding drug trafficking. And they say the rules are difficult to follow, in effect placing the burden on banks to determine if a pot business is complying with all legal rules.

Cara Martinson of the California State Association of Counties told members of an Assembly committee that the bill represented an incremental step until a solution is reached at the federal level.

"This could help move the ball," she said.

The number of banks and credit unions willing to handle pot money is growing — it's over 400 nationally — but they still represent only a small fraction of the industry.