A Democrat leading the decriminalization effort said political realities in the Texas Capitol forced him to weaken his bill ahead of a key House vote. 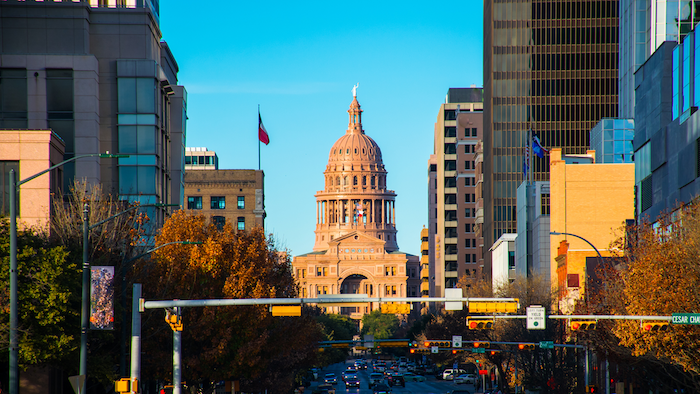 Texas' tough stance on marijuana as the drug becomes increasingly legal elsewhere in the U.S. has grounded a bipartisan push in the state to decriminalize minor offenses — a change the Texas GOP platform has come around to endorsing, but not Republican Gov. Greg Abbott.

It all but ensures that Texas will remain in the company of more than a dozen states where possessing any amount of pot can result in a criminal record. A Democrat leading the decriminalization effort said political realities in the Texas Capitol forced him to weaken his bill ahead of a key House vote.

The chamber passed the measure on a 98-43 vote on Monday, drawing support from both sides of the aisle.

The revised measure would reduce penalties for those with an ounce or less of marijuana to a Class C misdemeanor — eliminating arrests, but still making possession a crime.

The failure of the bill's original language underscores how politically resistant Texas' GOP leaders are to relaxing marijuana laws, even a year after voters in neighboring Oklahoma fully legalized medical marijuana.

It also effectively defies the Texas Republican Party's own platform, which GOP delegates overwhelmingly revised last summer to support decriminalization for possessing an ounce or less of marijuana.

"This was hugely popular among delegates and hugely popular among the party," said Jeff LeBlanc, who served on the Texas GOP committee that drafted the new platform. "We have a disconnect with the lieutenant governor and the governor on this issue. It's frustrating for us and I don't know why that is."

Currently, at least four states have designated possession of small amounts of marijuana as a low-level misdemeanor with no possibility of jail time, according to the National Conference of State Legislatures.

Texas remains a tough landscape for marijuana advocates as pot laws are loosened nationwide. Shortly after becoming governor in 2015, Abbott signed a bill making Texas the last big state to allow some form of medical marijuana, albeit in an oil extract so low in the psychoactive component, THC, that it couldn't get a person high.

Abbott made clear at the time that he "will not allow" legalized marijuana in Texas on his watch. He said last year that he would be open to dropping the penalty for minor possession to a lower misdemeanor but stopped short of endorsing decriminalization.

Abbott's office did not immediately return a request for comment.

Democratic Rep. Joe Moody, who carried the original bill, said his new version accomplishes much of the original measure's goals and now has a chance to make it across the finish line. Moody praised the bill for drawing dozens of co-authors and said he worked with Abbott's office to make certain changes to the bill.

"But as much as I appreciate all those signatures, there's still one signature I have to think about," Moody said. "And just as I have worked with everyone else today, I'm prepared to work in the lanes the governor has laid out to get this done."

The new law would mandate a fine of up to $500 and would also look to streamline protocol to expunge the charges from offenders' records.

Under current Texas law those with small amounts of marijuana are subject to a Class B misdemeanor, which could mean a fine of up to $2,000 and up to 180 days of jail time.

Heather Fazio, director of Texans for Responsible Marijuana Policy, said it is disappointing the bill was changed to maintain criminal penalties.

"It would have been a better approach to remove it from the criminal side and make it a civil citation," Fazio said. "We certainly understand you have to make certain concessions to earn allies and that's exactly what has been done."