COLUMBUS, Ohio (AP) — Primary election day in Ohio was supposed to be big for Raise the Wage Ohio. Volunteers and activists armed with petitions were gearing up to visit packed voting locations across the state to collect signatures in support of putting a minimum wage increase on the fall ballot.

Then came the coronavirus.

“The easiest way to go get the most signatures is to go to places where there’s a lot of people — festivals, fairs, outside of grocery stores, libraries,” said James Hayes, acting spokesman for the wage campaign. “You know, a lot of the institutions that are empty right now.”

Restrictions on mass gatherings and stay-at-home orders aimed at preventing the spread of COVID-19 have cleared out most of the places so vital to the signature-gathering component of American politics. Social distancing rules also are precluding traditional canvassing in neighborhoods, which means knocking on doors.

That has stymied ballot campaigns in Ohio, Arizona, Arkansas, Montana and Oregon, a gubernatorial candidate in Utah, a congressional campaign in Michigan, a U.S. Senate contender and two congressional candidates in Massachusetts. It has prompted some candidates and ballot initiative advocates to turn to state officials or the courts for help, with mixed results.

Lawsuits have sought various forms of relief, including a one-time waiver from signature requirements, a reduction in the number of names needed, deadline extensions or the ability to submit signatures digitally.

A spokeswoman for the National Association of State Election Directors said election officials across the country are doing the best they can to be flexible within the bounds of current laws, including in some cases accepting signatures submitted digitally. But governors or election officials in some states have been reluctant to bend the rules.

In Utah, developer Jan Garbett sued Lt. Gov. Spencer Cox, who acts as the state elections chief, after she was rejected from the primary ballot for having too few valid signatures. The would-be Republican candidate for governor said the names were impossible to collect because of the virus restrictions. The suit contends Cox and Gov. Gary Herbert refused her requests for accommodation.

Last week, a judge lowered the signature threshold from 28,000 to 19,040, but Garbett appealed, saying the number remains too high. A second candidate, businessman Jeff Burningham, also has now sued after declaring a halt to his signature-gathering efforts because of the virus-related shutdowns and shelter orders.

“I tried to tell them, hey, the virus hit me,” Garbett said. “I would have achieved this, but I couldn’t go door-to-door. The governor’s issued a stay-at-home order and we have mayors that have shut down their city, and I cannot collect signatures. But they wouldn’t listen to me.”

In Massachusetts, two Democratic congressional candidates and a Republican successfully sued seeking relief from a signature requirement they said was insurmountable during the pandemic.

A Michigan judge last month ordered the state to extend its April 21 deadline for making August ballots. The decision came in a lawsuit in which Republican congressional candidate Eric Esshaki argued that the state's stay-at-home order was preventing him from gathering the remaining 300 signatures he needed to qualify.

“With a candidate, even if you waive the signature requirement, you still have an election and people get to vote,” he said. “With ballot issues, signature requirements can be quite onerous. They play an important gate-keeping function. Courts will want to keep that in place without making things unduly hard to get things onto the ballot that are very important to people.”

Among proposals caught up in the signature conflict are the minimum wage increase in Ohio and a second Ohio measure seeking to expand voter access, marijuana legalization questions in Montana and Arizona, and a redistricting plan in Arkansas.

In Oregon, an initiative that seeks to legalize the use of hallucinogenic mushrooms for therapy is just 15,000 signatures short of the 145,000 needed to qualify for the November ballot. Organizers of the Psilocybin Therapy Initiative are trying to close the gap and promote their cause with both mail-in and online petitions, texting networks and phone calls.

Last week, an Ohio judge rejected the minimum wage campaign's request for an extended deadline involving fewer signatures. The judge said because Ohio's signature requirements appear in the state Constitution, the ability to change them "is reserved only to the people.” An appeal is possible.

In Montana, a judge rejected a request by New Approach Montana to collect electronic signatures in an effort to qualify its two recreational marijuana issues for the 2020 ballot as well as a request to extend the July 17 deadline.

Other legal skirmishes are still playing out.

Arkansas Voters First, the group trying to get a redistricting initiative on the November ballot, asked a federal judge last month to ease some of the state's canvassing rules. Its lawsuit seeks a one-month extension of the state’s July 3 signature deadline, a waiver of the rule that signatures be witnessed in person and an allowance to submit signatures electronically.

The initiative campaign was launched March 5, less than a week before Arkansas announced its first coronavirus case. Bonnie Miller, the group’s chairwoman and a local representative for the League of Women Voters, said it had planned a series of canvassing efforts that included town halls and farmers markets as well as going door-to-door.

Arkansas' coronavirus restrictions, including a ban on gatherings of more than 10 people, effectively ended that. The group said in its lawsuit that it has collected only about 100 of the more than 89,000 signatures it needs.

Even with Gov. Asa Hutchinson hoping to lift some of the state’s social gathering restrictions on Monday, the group said collecting the thousands of signatures needed will be nearly impossible.

“There’s no safe way," Miller said. “People shouldn't have to choose between their health and participating in direct democracy.” 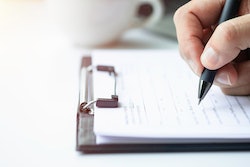