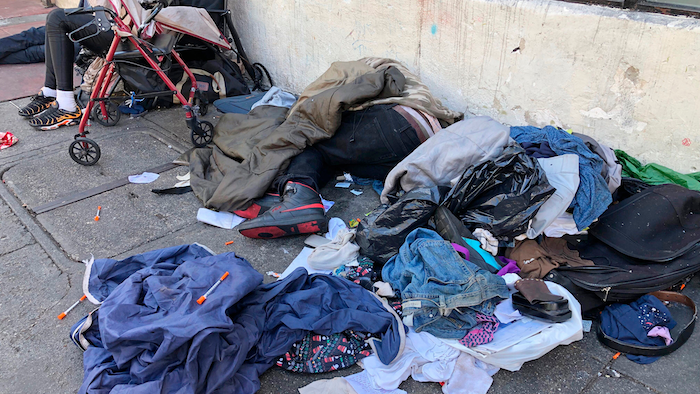 SAN FRANCISCO (AP) — San Francisco is using private donations to deliver alcohol, tobacco and medical marijuana to a few dozen people dealing with addiction as they isolate or quarantine in city-leased hotel rooms during the pandemic, officials confirmed Wednesday.

There are about 270 people, mostly homeless, staying in hotel rooms to recover from COVID-19 or to wait out possible exposure to the virus. Nearly a dozen people have received alcohol and more than two dozen have received tobacco, the San Francisco Chronicle reported.

City officials said that private donations pay for the items, and that helping manage nicotine, opioid and alcohol cravings ensures that recovering people don't go out and possibly infect others.

Dr. Grant Colfax, San Francisco's public health director, said the harm-reduction approach is widespread and based on decades of sound public health policy. “Our focus needs to be on supporting them," he said of the people who are isolating or under quarantine.

For people experiencing alcohol withdrawal, the Department of Public Health calculates the minimum amount needed and delivers them with meals. The department also facilitates delivery of medication for people trying to kick heroin. The department does not help procure recreational marijuana.

KTVU-TV was the first to report on the practice.