Adam Weeks was running in a competitive Minnesota district under the Legal Marijuana Now Party. 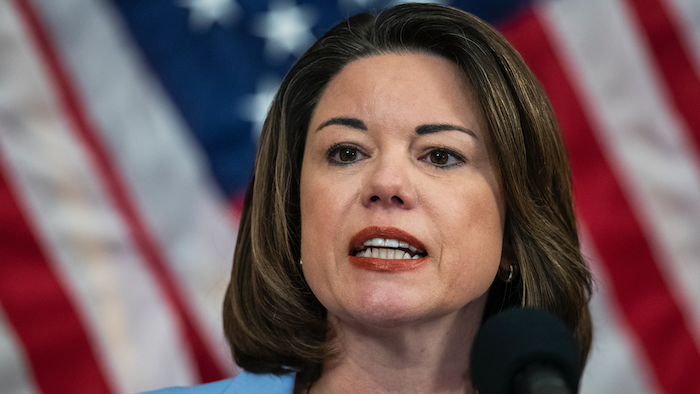 MINNEAPOLIS (AP) — Adam Weeks was never going to win Minnesota’s 2nd District seat in Congress, but the deceased Legal Marijuana Now Party candidate has had an outsized effect on the race.

His death in September from an apparent accidental fentanyl overdose set off a legal battle over whether the contest should be delayed until February. The U.S. Supreme Court ruled on Tuesday that it won't be. Now, according to a published report, Weeks left a voicemail for a friend in which he said he was recruited to the race by Republicans solely to siphon votes away from Democratic Rep. Angie Craig in a competitive suburban-to-rural district south of Minneapolis.

The Star Tribune reported that it obtained a voicemail that Weeks left for his friend, Joey Hudson, four weeks before Weeks died last month. In the recording, which the newspaper said Hudson gave them, the man identified as Weeks said Republican operatives approached him in the hopes he’d “pull votes away” from Craig and give an advantage to the “other guy,” Tyler Kistner, the GOP-endorsed candidate.

Democrats have accused GOP operatives of recruiting third-party candidates such as Weeks to siphon off votes that would otherwise go to Democratic candidates in a number of races across Minnesota and the rest of the country. Hip-hop star and fashion mogul Kanye West, a fan of President Donald Trump, got on the presidential ballot in Minnesota and several other states with help from GOP operatives but denied being a spoiler.

“I swear to God to you, I’m not kidding, this is no joke,” the man the Star Tribune identified as Weeks said. The paper said his voice was confirmed by his cousin and through independent comparison to other videos he posted online before his death. “They want me to run as a third-party, liberal candidate, which I’m down. I can play the liberal, you know that.”

Hudson did not immediately return a message Wednesday from The Associated Press. Spokesmen for the Craig and Kistner campaigns declined to comment.

But Brian Evans, a spokesman for Minnesota's Democratic-Farmer-Labor Party, told the AP that Republicans have recruited or are suspected of recruiting several candidates to run as Legal Marijuana Now or other third-party candidates across Minnesota. Legal Marijuana Now has major party status in the state and is thus entitled to ballot spots.

“There are not that many third-party candidates running, and if you look at where they're running it's disproportionately in some of the most competitive districts in Minnesota,” Evans said. “It's clear that Republicans are recruiting a lot of these folks. It's beyond clear.”

The party put out a statement Wednesday listing several races in which Democrats believe, based on media reports, that Republicans have engaged in a coordinated effort to recruit third-party candidates to pull votes away from Democrats in close races.

“Running fake candidates to trick people out of their votes is a new low and shows how desperate Minnesota Republicans are,” Evans said.

Condemning the GOP tactic as “unconscionable” were leaders of three of the top pro-legalization groups in the state, Minnesotans for Responsible Marijuana Regulation, Sensible Change MN and MN NORML.

“The efforts of the marijuana legalization parties has been hijacked by Republican operatives seeking to game the system,” they said. “Placing Republican foils on the ballot under the guise of serving as legalization advocates sows distrust of what is supposed to be a democratic system.