Shares in some of the biggest companies are up between 24% and 75% so far this month. 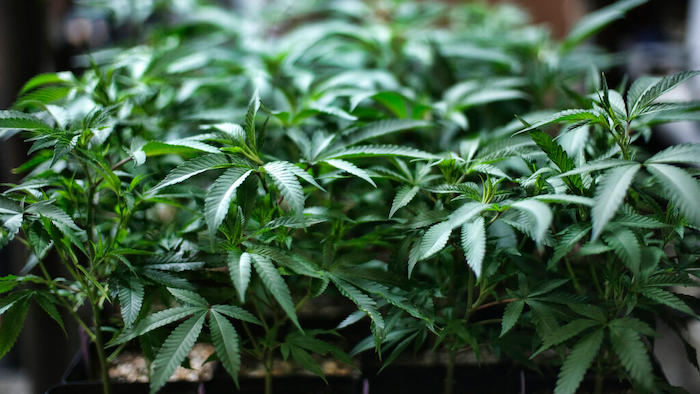 Shares in some of the biggest cannabis companies, including Aurora Cannabis, Canopy Growth and Cresco Labs, are up between 24% and 75% so far this month. By comparison, the benchmark S&P 500 index is up 11%.

Investors are encouraged because the successful ballot initiatives broaden the potential market for legal cannabis sales and show marijuana is becoming increasingly more accepted throughout the U.S.

The expansion of sales to adults alone represents a nearly 20% increase in the potential U.S. market for legal cannabis, according to industry tracker BDSA.

All told, cannabis is now legal for adults in 15 states and the District of Columbia. Thirty-six states allow for some form of access for medicinal use.

The successful state ballot initiatives have prompted analysts to revise their outlook for U.S. cannabis sales. Cowen now projects the legal marijuana market will grow to $34 billion by 2025, up from an earlier forecast of $31 billion. Morningstar estimates that annual U.S. cannabis sales will reach $70 billion for the adult-use segment and $15 billion for medical.

The legal cannabis market has been growing as companies open more dispensaries. Curaleaf, which has operations in 23 states, tripled its revenue in the third quarter from a year earlier, thanks in part to having added locations in Florida and other states. The Wakefield, Massachussetts-based company’s shares are up 55% this year.

Chicago-based Green Thumb Industries, which sells its products in California and 10 other states, is up more than 91% this year. The company’s third-quarter revenue more than doubled from a year earlier as it expanded distribution of its products.

Despite their big rally this month, shares in Aurora, MedMen Enterprises, Tilray and other big cannabis companies are down more than 60% this year. It’s a far cry from just a couple of years ago, when early enthusiasm about the prospects for rapid sales growth and blockbuster company mergers had cannabis stocks skyrocketing.

While industry analysts project the market for cannabis products will continue to grow over the next decade, the industry remains constrained by government regulations that stem from marijuana being illegal at the federal level. Those regulations are hurdles for companies when it comes to getting access to banking and other services.

Still, the fact that voters in South Dakota, Montana and Mississippi, states that tend to vote Republican, embraced some form of marijuana legalization, bodes well for the industry’s efforts to get cannabis-friendly laws passed nationally.

“The industry would have preferred a Democratic sweep, but the passage of all five ballot initiatives, including three in Republican states, makes cannabis less partisan,” said Bobby Burleson, an analyst with Canaccord Genuity.

The Democrat-controlled House of Representatives has already passed the SAFE Banking Act, which would free up banks to do business with license marijuana companies, but the bill has stalled in the GOP-controlled Senate.

The outcome of two runoff elections in Georgia could determine control of the Senate, which would be key in future efforts to enact pro-cannabis laws.

However, a change in federal marijuana law isn’t essential for the U.S. cannabis market to continue growing, at least at this point, Inton said.

“Even in the states that have already legalized, there’s still so much runway left for growth," he said.