The major mixed martial arts promotion will no longer punish fighters for using marijuana in most case. 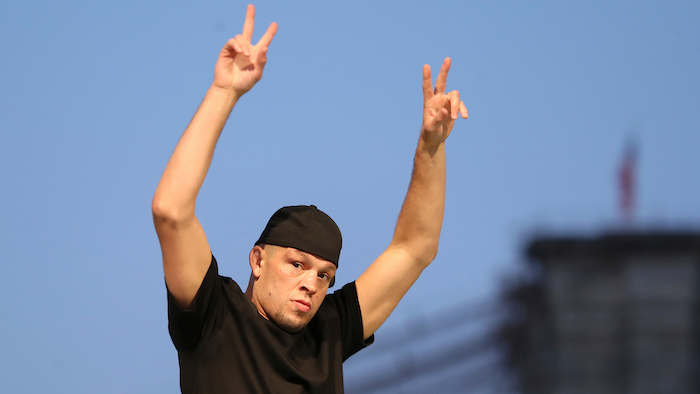 The UFC will no longer punish fighters for using marijuana in most cases, making a major change to its anti-doping policy.

The world's largest mixed martial arts promotion confirmed Thursday that it will no longer worry about positive tests for carboxy-THC, the psychoactive ingredient in cannabis, unless it believes a fighter used it intentionally to enhance performance.

All other cannabinoids derived naturally from marijuana are no longer prohibited substances, said Jeff Novitzky, the UFC's senior vice president of athlete health and performance.

“The bottom line is that in regard to marijuana, we care about what an athlete consumed the day of a fight, not days or weeks before a fight, which has often been the case in our historic positive THC cases," Novitzky said. "UFC athletes will still be subject to marijuana rules under various athletic commission regulations, but we hope this is a start to a broader discussion and changes on this issue with that group.”

Indeed, the UFC's decision doesn't affect the rules of various state athletic commissions and international governing bodies, but those groups often follow promoters' leads on anti-doping policy. The UFC hopes state commissions will similarly relax their rules to reflect the more widespread tolerance for marijuana use.

The UFC won't allow fighters to compete while under the influence of cannabinoids, but Novitzky said the promotion recognizes that MMA fighters often use marijuana for pain management or relaxation. Fighters advocating for legal competitive marijuana use have previously argued that a relaxation of the UFC's anti-marijuana rules could lead to a reduction in the use of more addictive pain medications.

The UFC partnered with the U.S. Anti-Doping Agency in 2015 to produce a comprehensive anti-doping program in a notoriously fractious sport. Mixed martial arts once frequently showcased fighters semi-openly using steroids and testosterone replacement therapy, among other performance enhancements.

Despite its prior ban, marijuana and CBD products have had a prominent role in many MMA fighters' training and financial backing. Many fighters have sponsorships from CBD businesses, while others have launched CBD-related business ventures.

Nick and Nate Diaz, two semi-retired but wildly popular fighters from Stockton, California, have built their outlaw image partly around their enthusiastic use of marijuana and CBD products. Nick Diaz, who hasn't fought in six years, tested positive for marijuana use after two of his last three fights.