The bill's author hopes to head off petition drives aimed at the 2022 ballot. 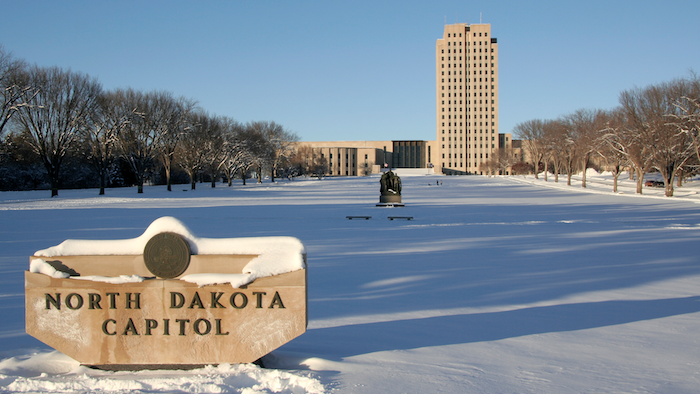 Lawmakers in heavily Republican North Dakota on Tuesday approved legislation to legalize marijuana amid another effort to put the matter directly before the state’s voters.

State Rep. Jason Dockter, R-Bismarck, told his colleagues that although he opposes recreational marijuana, lawmakers should be “proactive” as momentum builds toward legalization both in the state and around the nation. Voters in four states — including its conservative-leaning neighbors South Dakota and Montana — legalized marijuana last fall.

“It's not if it's coming,” Dockter said. “It is coming and it's already here.”

Dockter’s bill, the Bismarck Tribune reports, would establish limits on marijuana purchases and track those amounts, as well as restrict possession to those 21 and older, cap individual possession at 1 ounce, and limit its use to private property.

In addition, the measure would cap the number of state-approved growers at seven and the number of dispensaries at 18. Growing marijuana in private residences would be banned; petition organizations told the Tribune they hope the state Senate will reconsider that provision.