Authorities Crack Down on Smuggling Ring

Police seized over 500 kilograms of marijuana and arrested three men. 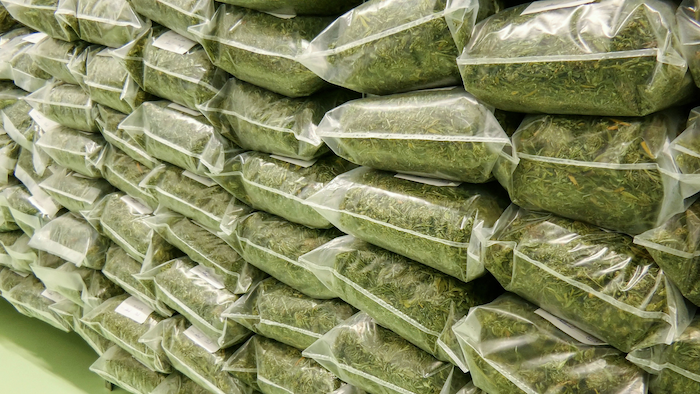 SKOPJE, North Macedonia (AP) — Police in North Macedonia said Sunday they have cracked down on an international drug smugglers’ ring in two separate operations in the country’s south, seizing over 500 kilograms of marijuana and arrested three men.

Interior Ministry spokesman Toni Agelovski said in a written statement Sunday that 424 kilograms of marijuana packed in 519 plastic bags were found hidden in a truck under wastepaper late Saturday at a border check point with neighboring Greece.

The drug, originating from Kosovo, was to be transported through North Macedonia and Greece to the black market in Turkey.

Police said a 47-year-old man, identified only by his initials as D.N., was arrested under suspicion of illegal drug smuggling.

In a separate operation near the southern border town of Gevgelija, police and border army patrol stopped a car during a routine check and found 93 kilograms of marijuana. Two men tried to flee but were arrested.

North Macedonia is on the crossroads of the drug smugglers’ route and police often seize large quantities of drugs.