The 50-year-old father of two had a spotless record as West Palm Beach's deputy chief of information technology. 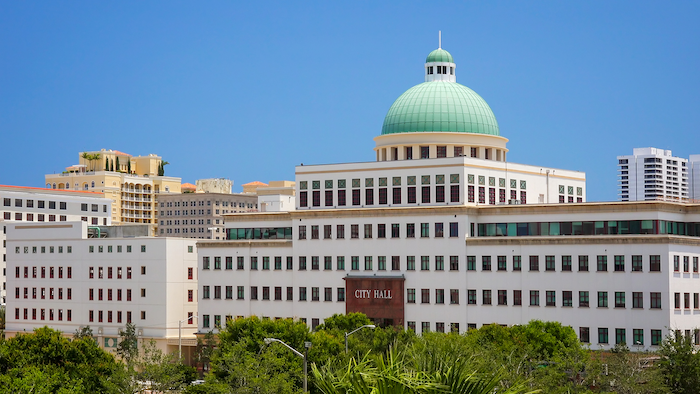 WEST PALM BEACH, Fla. (AP) — A Florida city has fired a top information technology manager for smoking marijuana — even though he been authorized by his doctor to use it legally for medical reasons.

West Palm Beach fired Jason McCarty, its deputy chief of information technology, after a urine test found marijuana in his system — something he told them before the test that they would find.

McCarty, a 50-year-old father of two, has a medical marijuana card that allows him to legally purchase pot from a dispensary and says he smoked a joint the night before he was spot tested to relieve anxiety and insomnia caused by his mother's serious illness, according to the Palm Beach Post.

McCarty was tested last month after two employees from the city's risk management department thought he acted suspiciously as he walked past them during lunch, claimed to smell pot near his car and reported him.

McCarty denies smoking pot at work. He had held his job for five years and had a spotless record, but the city has a strict policy against marijuana use, even when used legally and outside working hours. Florida voters overwhelmingly approved a measure legalizing medical marijuana in 2016.

Five other co-workers submitted affidavits saying they had never seen McCarty under the influence, including the day he was reported.

“I just think it’s outrageous, insulting,” said his attorney, Russell Cormican Jr. “There’s this perception around the country that people don’t get screwed over by marijuana laws anymore. People’s lives can get turned around over this. It’s really wrong.”

City spokeswoman Kathleen Walter told the Post that the policy is meant to protect its workers and the public and if it allowed employees to smoke marijuana, that could endanger federal grants and contracts. While Florida is one of numerous states that have legalized marijuana use partially or fully, it is still against federal law.

In 2019, the city revised page 13 of its 15-page employee drug-use policy to read, “The use of marijuana by city employees, including medical marijuana, with or without a prescription, is prohibited." A prescription is not accepted as a valid explanation for an employee’s positive drug test result, the policy says.

The policy also says any employee who reasonably suspects a co-worker of illegal drug use and doesn't report it can be fired. Walter said that obligated the risk management workers to report McCarty.

Cormican points out that the policy also says that violations could be penalized “up to termination." He believes firing a model employee over legal marijuana use is extreme.

McCarty has not decided whether he will sue the city.

“He’s not trying to be a medical marijuana martyr,” Cormican said. “He just wants a job.”