U.S. Reps. Dave Joyce of Ohio and Don Young of Alaska on Wednesday announced a measure named the Common Sense Cannabis Reform for Veterans, Small Businesses and Medical Professionals Act. The bill would join other efforts, primarily from Democratic lawmakers, to remove cannabis from the nation’s list of controlled substances.

It would also, according to the lawmakers, require federal agencies to issue cannabis regulations that mirror current rules governing the alcohol industry, and direct the National Institutes of Health to conduct studies of cannabis impairment and the use of cannabis for pain management.

The bill would also allow financial institutions and other businesses to serve cannabis companies in states where it remains illegal, and would authorize the Department of Veterans Affairs to prescribe medical cannabis to patients.

The bill’s authors, both members of the House’s Cannabis Caucus, said the changes were long overdue.

“With more than 40 states taking action on this issue, it’s past time for Congress to recognize that continued cannabis prohibition is neither tenable nor the will of the American electorate,” Joyce said in a statement.

The Democratic-controlled House passed legislation to de-list marijuana for the first time in the waning days of the previous session, but it did not advance in the Senate. House supporters have reportedly vowed to reintroduce the measure in the current session.

Key Senate Democrats, meanwhile, in February pledged to introduce a draft proposal to overhaul federal marijuana laws early this year, but nothing has been released to date. 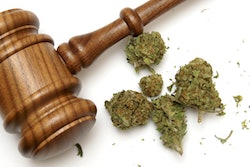