The research has implications for prenatal development in humans. 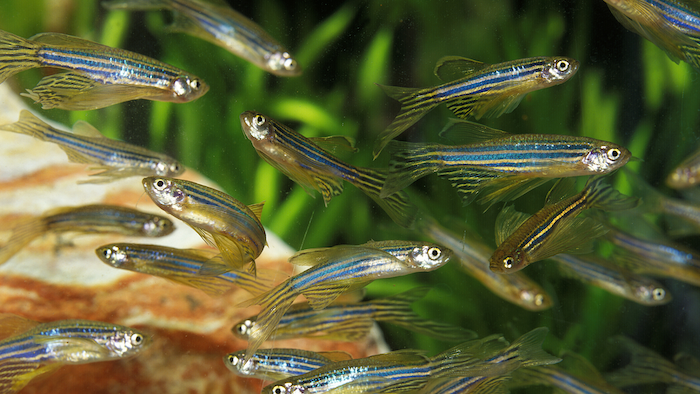 Zebrafish exposed to the leading cannabinoids found in cannabis in the earliest stages of development suffer a significant drop in neural activity later in life, according to a University of Alberta study that has implications for prenatal development in humans.

Richard Kanyo, the lead author on the study and post-doctoral fellow in the Faculty of Medicine & Dentistry, said despite the popular narrative that the health benefits of cannabis are many, it turns out there is a surprisingly large knowledge gap.

"Once the legalization happened, people got really excited about it and there's a lot of bias in the media about positive effects, so we began wondering about the negative implications," said Kanyo.

Kanyo teamed up with Declan Ali, a biological sciences researcher in the Faculty of Science, whose lab had an ongoing interest in how certain chemicals and compounds alter development in young animals "when their neurons are contacting each other and trying to communicate."

For the study, developing zebrafish embryos were left to incubate for 10 hours in a solution containing one of the two main active cannabinoids found in cannabis--tetrahydrocannabinol (THC) or cannabidiol (CBD)--or a combination of these two compounds, immediately after fertilization.

Ali explained that 10 hours represents a period in animal development that includes a stage of development known as gastrulation, when the multiplying cells start to form multiple tissue layers. In zebrafish it happens between five and 10 hours after the egg has been fertilized; in humans it lasts about a week and occurs roughly three weeks after egg fertilization.

The amount of drug used would be equivalent to someone consuming cannabis or the active compounds every day for two to three weeks at the very start of a pregnancy.

On the fourth day of development, Kanyo looked at brain activity using cutting-edge fluorescing calcium sensors that measure calcium, which is increased in active neurons.

"The interesting part is when combined, like how it is found in a cannabis edible or cigarette, we needed much less to get the same reduction in neural activity," said Kanyo.

Ali said the concentrations used in the experiment are a little bit on the high side for just a single cigarette, to make up for the fact that the compounds have to work their way through an outer egg casing to get to the embryo.

"By the time that happens, we don't know what the exact concentrations are, but they're definitely going to be much lower than what we put in the baths themselves."

Compared with one of the control compounds, MS222, a local anesthetic that blocks activity along nerves, the drop in neural activity on the high end of the concentrations tested was the equivalent to the drop in animals that have been anesthetized, Kanyo noted.

At five days after fertilization, when the larvae slowly begin to swim, the reduction in activity compared with normally developed zebrafish was about 20 per cent for CBD and THC individually, but 80 per cent or higher when in combination.

"This reduction in locomotion is consistent with earlier studies as well," said Ali.

Ali said the research follows earlier studies showing that exposure of young organisms to THC and CBD, either alone or in combination, could have a detrimental impact on overall brain and neural activity that could be manifested in different ways.

And though more work is needed to better understand the mechanism behind the effects on neural activity, Ali said people who are thinking of having children would certainly want to limit exposure to any of these compounds in the same way they would limit exposure to nicotine and alcohol.

"We're not saying that these compounds are bad for you," he said. "I think in some contexts--pain relief or reducing seizures--there's a great potential there.

"However, what we're seeing is cannabis is not all good for everyone all the time and probably should not be taken during pregnancy."