The 5-year study will examine of the role of cannabis use in HIV latency — one of the main barriers toward curing people with the infection. 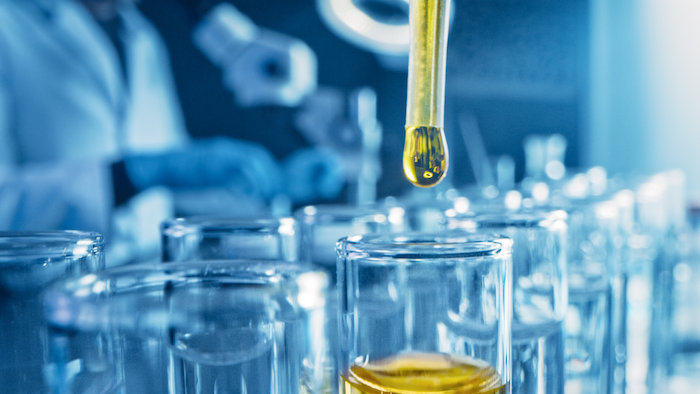 The National Institute on Drug Abuse, part of the NIH, is funding the Browne lab in the UNC HIV Cure Center for a study on the effects of cannabis use on the reservoir of HIV that is dormant within patients but becomes activated and spreads when antiretroviral medications are ceased. This phenomenon is called HIV latency, and it’s considered the main barrier to eradicating the virus that causes AIDS.

UNC HIV Cure Center researcher Ed Browne, PhD, assistant professor in the UNC Department of Medicine, is the principal investigator of this $4-million, 5-year research project. He is a member of the UNC Institute for Global Health and Infectious Diseases.

Increasing evidence suggests that drugs of abuse, such as the cannabis (or marijuana), affect the size and nature of the virus reservoir. Cannabis activates the CB2 receptors that are widely expressed on the surface of immune cells, including the CD4 T cells.

“Our hypothesis is that cannabis exposure during HIV infection alters the size, location, and genetic characteristics of the latent HIV reservoir through the activation of CB2-dependent cell signaling in CD4 T cells,” Browne said.

He added, “Defining the impact of cannabis on the latent HIV reservoir will be important to designing appropriate approaches to clear the reservoir from people with HIV who use these drugs.”

To achieve this goal, the UNC Cure Center research team will use cutting-edge methods from the fields of single cell multi-omic analysis to characterize the effect of cannabis on the latent HIV reservoir.

First, the researchers will capitalize on a primary CD4 T cell model of HIV latency developed in the Browne lab to investigate how CB-induced signaling impacts viral/host gene expression and chromatin structure in latently infected cells.

Second, they will use a newly developed single cell experimental assay to determine the impact of cannabis use on the size and location of the intact HIV reservoir. For this they will analyze samples from a cohort of cannabis-using individuals with HIV.

Third, they will extend their findings to conduct a detailed genomic analysis of the impact of cannabis use on cellular and viral gene expression in people with HIV. Specifically, the researchers will analyze blood cells and CD4 T cells from cannabis-using individuals, using single cell RNA sequencing technologies, and compare what they find to non cannabis-using individuals with HIV. The researchers will identify any cellular and genetic signatures that distinguish cannabis-using people with HIV from non-using HIV-positive individuals.

“We think this research will advance our understanding of how the latent reservoir is regulated, and it could reveal new tools for further characterizing or clearing the reservoir from HIV-positive individuals.”