Licenses won’t be officially awarded until a legal challenge is resolved. 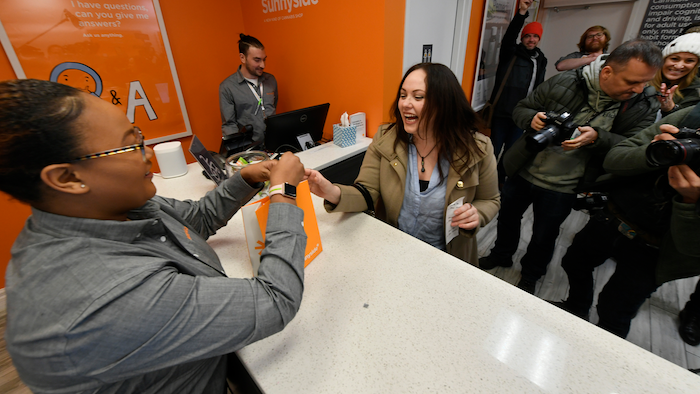 But although the winners can begin planning to join the state’s projected $2 billion recreational marijuana market, they won’t formally be authorized by the state until a legal challenge is resolved.

This week’s drawing and others to be held next month will allocate Illinois' first 75 new dispensary licenses, the Chicago Tribune reports. The state began allowing sales of recreational marijuana in 2020, but only operators of existing medical dispensaries were allowed to run recreational shops until the lottery process took place.

That process has been hampered by the COVID-19 pandemic, application controversies and numerous legal challenges.

In one case, two companies sued the state over the application scoring process and suggested that some applicants benefited from connections to state regulators or lobbyists. A Cook County judge on Wednesday allowed the lottery to proceed but said the state could not officially grant the licenses until he rules on the matter.

The state initially made only companies with perfect scores — including meeting veteran-owned and social equity standards — eligible for the lottery, which equated to just 21 out of some 700 applicants. After a new scoring process, 626 applicants were entered into the lottery.

The next two license lotteries are slated to be held Aug. 5 and 19, the Tribune reported. The next hearing in the Cook County case is scheduled for Aug. 9.