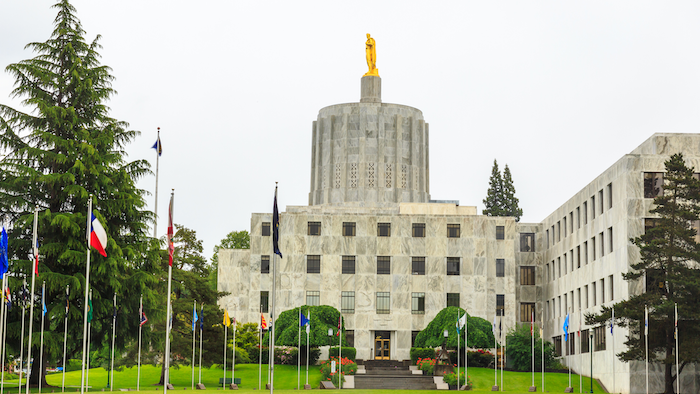 PORTLAND, Ore. – This week, the OLCC became the Oregon Liquor and Cannabis Commission, dropping the word “Control” that had defined the agency’s original post-Prohibition mission. Previously referred to as the Oregon Liquor Control Commission, the agency began regulating recreational marijuana after voters approved Measure 91 in November 2014.

This change comes five years after voters passed Measure 91, which directed the agency to establish a framework for regulating Oregon’s recreational marijuana marketplace. While the change updates the agency’s name to better reflect its mission, the OLCC acronym will remain the same.

“The industries we regulate matter, they matter a lot to the state of Oregon’s economy,” said Paul Rosenbaum, chair of the Oregon Liquor & Cannabis Commission. “The cannabis industry in Oregon has become a billion dollar business and changing our agency name reflects our role in generating revenue to fund state programs.”

Newly issued alcohol and marijuana licenses, and alcohol server and marijuana worker permits, will be modified to include the new name and logo. Existing versions of these official documents continue to be valid with the agency’s previous name and logo, and will be replaced when the licensee or permit holder renews them.

The OLCC will make minor public facing adjustments to reflect the name change; the modifications will have a minimal cost. Exterior signage at OLCC headquarters and regional offices will gradually be brought up-to-date. Documents on the agency website will continue to be updated with the new OLCC logo. The agency will deplete its existing stock of paper documents branded with the agency’s old name and logo; these items will be replenished with the new name and logo when existing supplies are exhausted.

The OLCC was originally created in 1933, in the wake of national alcohol prohibition being repealed by the adoption of the 21st amendment to the U.S. Constitution. At that time, America was laboring to rise out of the Great Depression and the world stage was being set for the start of World War II. In 1933, Oregon’s Liquor Control Act became law and directed the OLCC to sell distilled spirits and to license businesses to sell beer and wine.

Agency name changes occur as their mission evolves; however, it’s not common. According to information provided by the State Library of Oregon, during the past 30 years there have been about 10 Oregon agencies that have changed their name. The most recent change was when the State Library itself changed its name in 2017 to clarify that it wasn’t affiliated with Oregon State University.

Now 88 years later, the OLCCs mission has grown to include managing compliance with Oregon’s Bottle Bill, marijuana regulation and oversight of specific aspects of the state’s hemp market. Historically, the OLCC has and continues to play a vital role generating funding for schools, public safety and health programs. In recent years, combined sales from its alcohol and marijuana programs contribute $400 million annually to those vital programs. The success of Oregon’s cannabis market can be measured in the adult-use marijuana market becoming a $1 billion industry in 2020 and projected to continue at that level in 2021.

While establishing a regulated cannabis market has required the investment of financial and personnel resources, the agency has remained committed to supporting bars and restaurants through sensible upgrades to Oregon’s alcohol regulatory environment balanced with public safety protections.

“Our name may have changed, but our mission to serve the businesses we license, the consumers we protect, and the communities we support by generating revenue for the state – all of those things remain the same,” said Steve Marks, OLCC executive director. “For the next two years we’re going to concentrate on helping the cannabis and hospitality industries re-establish and grow their business, while ensuring revenue stability for the state. That’s the immediate focus of the Oregon Liquor & Cannabis Commission."

The COVID-19 pandemic uniquely challenged Oregon’s hospitality industry requiring businesses and the agency to innovate to keep businesses open, while constrained by public health guidelines designed to limit the spread of the virus. Agency staff worked directly with licensees, public safety groups and elected officials to find solutions for long-standing challenges. This included: creating an option for cocktails-to-go, while modifying rules to allow for curbside delivery, and enabling businesses to expand outdoor seating.

During the remainder of 2021, the OLCC will be working through other legislative changes to help the alcohol and cannabis industries build back their business. This will include reviewing existing policies and working with partners to cut red-tape and find operational efficiencies while continuing to generate vital revenue for the state of Oregon.

Licensees and others doing business with the Oregon Liquor and Cannabis Commission should still make their payments out to the “OLCC.” So even as the OLCC continues to evolve to better serve Oregon, the acronym will remain the same.