But there’s a dark side. 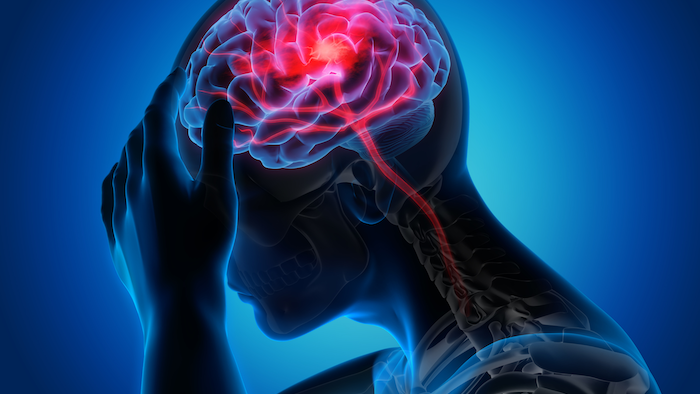 Epileptic seizures trigger the rapid synthesis and release of a substance mimicked by marijuana’s most psychoactive component, Stanford University School of Medicine investigators have learned. This substance is called 2-arachidonoylglycerol, or 2-AG, and has the beneficial effect of damping down seizure intensity.

But there’s a dark side. The similarly rapid breakdown of 2-AG after its release, the researchers found, trips off a cascade of biochemical reactions culminating in blood-vessel constriction in the brain and, in turn, the disorientation and amnesia that typically follow an epileptic seizure.

The Stanford scientists’ findings, reached in collaboration with colleagues at other institutions in the United States, Canada and China, are described in a study to be published Aug. 4 in Neuron. Ivan Soltesz, PhD, professor of neurosurgery, shares senior authorship with G. Campbell Teskey, PhD, professor of cell biology and anatomy at the University of Calgary in Alberta, Canada. The study’s lead author is Jordan Farrell, PhD, a postdoctoral scholar in Soltesz’s group.

The researchers’ discoveries could guide the development of drugs that both curb seizures’ strength and reduce their aftereffects.

Electrical storm in the brain

About one in every hundred people has epilepsy. Epileptic seizures can be described as an electrical storm in the brain. These storms typically begin at a single spot where nerve cells begin repeatedly firing together in synchrony. The hyperactivity often spreads from that one spot to other areas throughout the brain, causing symptoms such as loss of consciousness and convulsions. It’s typical for the person experiencing a seizure to need tens of minutes before becoming clearheaded again.

The majority of epileptic seizures originate in the hippocampus, a brain structure buried in the temporal lobe, said Soltesz, the James R. Doty Professor of Neurosurgery and Neurosciences. The hippocampus plays an outsized role in short-term memory, learning and spatial orientation. Its ability to quickly adopt new neuronal firing patterns renders it especially vulnerable to glitches that initiate seizures. (Most epileptic seizures in adults begin in or near the hippocampus, Soltesz noted.)

In the study, Soltesz and his associates monitored split-second changes in levels of 2-AG in the hippocampus of mice during periods of normal activity, like walking or running, and in experiments in which brief seizures were induced in the hippocampus.

2-AG is an endocannabinoid, a member of a family of short-lived signaling substances that are the brain’s internal versions of the psychoactive chemicals in marijuana. 2-AG and these plant-derived psychoactive chemicals share an affinity for a receptor, known as CB1, that’s extremely abundant on the surface of neurons throughout the brain.

“There have been lots of studies providing evidence for a connection between seizures and endocannabinoids,” Soltesz said. “What sets our study apart is that we could watch endocannabinoid production and action unfold in, basically, real time.”

A brake on excitement

Endocannabinoids are understood to play a role in inhibiting excessive excitement in the brain. When excitatory neurons, secreting chemical “go” signals, exceed a threshold, they induce the production and release of endocannabinoids, whose binding to CB1 on an excitatory neuron acts as a brake, ordering that neuron to chill out a little.

While smoking marijuana floods the entire brain with relatively long-lasting THC, endocannabinoids are released in precise spots in the brain under precise circumstances, and their rapid breakdown leaves them in place and active for extremely short periods of time, said Soltesz, who has been studying the connection between endocannabinoids and epilepsy for decades.

But because endocannabinoids are so fragile and break down so quickly, until recently there was no way to measure their fast-changing levels in animals’ brains. “Existing biochemical methods were far too slow,” he said.

The most recent study had its start when Soltesz learned of a new endocannabinoid-visualization method invented by study co-author Yulong Li, PhD, a professor of neuroscience at Peking University in Beijing. The method involves the bioengineering of select neurons in mice so that these neurons express a modified version of CB1 that emits a fluorescent glow whenever a cannabinoid binds to the modified endocannabinoid receptor. The fluorescence can be detected by photosensitive instruments.

Using this new tool, the scientists could monitor and localize sub-second changes in fluorescence that correlate with endocannabinoid levels where that binding was occurring.

Zeroing in on 2-AG

By blocking enzymes critical to the production and breakdown of different endocannabinoids, the researchers proved that 2-AG alone is the endocannabinoid substance whose surges and rapid disappearance track neuronal activity in the mice. Several hundred times as much 2-AG was released when a mouse was having a seizure compared with when it was merely running in place.

The researchers were able to rule out the involvement of an alternative endocannabinoid, anandamide, that many neuroscientists and pharmacologists had assumed was the active substance. Anandamide’s name is derived from the Sanskrit word for “bliss.”

But 2-AG is almost immediately converted to arachidonic acid, a building block for inflammatory compounds called prostaglandins. The researchers showed that the ensuing increase in arachidonic acid levels resulted in the buildup of a particular variety of prostaglandin that causes constriction of tiny blood vessels in the brain where the seizure has induced that prostaglandin’s production, cutting off oxygen supply to those brain areas.

Oxygen deprivation is known to produce the cognitive deficits — disorientation, memory loss — that occur after a seizure, Soltesz said.

“A drug that blocks 2-AG’s conversion to arachidonic acid would kill two birds with one stone,” Soltesz said. “It would increase 2-AG’s concentration, diminishing seizure severity, and decrease arachidonic acid levels, cutting off the production of blood-vessel-constricting prostaglandins.”

Soltesz is a member of Stanford Bio-X, the Wu Tsai Neurosciences Institute at Stanford, and the Stanford Maternal and Child Health Research Institute.

Another Stanford co-author of the study is postdoctoral scholar Barna Dudok, PhD.