The measure passed legislative policy committees before it stalled for the year. 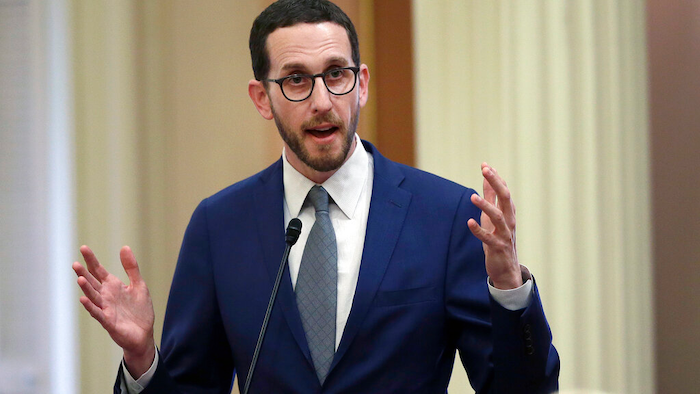 SACRAMENTO, Calif. (AP) — California lawmakers will wait until next year to consider decriminalizing psychedelics, with the bill's author saying Thursday that he will keep working to persuade the public and legislators that it's a good idea.

It passed the Senate and Assembly policy committees before it stalled for the year.

The bill “moved significantly farther than anticipated,” Sen. Scott Wiener, a Democrat from San Francisco, said in a statement. The delay will allow supporters “to capitalize on the momentum from this year while building support in the Assembly for next year.”

Wiener previously removed ketamine from his bill after opponents said it could be used as a date-rape drug. He also stripped out an allowance for “social sharing” of the drugs on his list.

But the California District Attorneys Association was among groups that remained opposed, arguing that “hallucinations can be dangerous to users and bystanders alike” and that LSD has been linked to homicides.

Wiener said the decriminalization would be “part of the larger movement to end the racist War on Drugs,” and that research shows the drugs can help treat mental health and substance use disorders.

The University of Wisconsin–Madison said this week it is launching a research center to coordinate ongoing studies and education in psychedelic compounds. It cited growing evidence of their utility in treating substance abuse and psychiatric disorders, such as major depression and post-traumatic stress disorder.

The bill bars sharing with those under age 21 or possessing the substances on school grounds.

Oregon voters last year approved decriminalizing small amounts of psychedelics among other drugs, and separately were the first to approve the supervised use of psilocybin in a therapeutic setting.

Oakland and Santa Cruz are among cities including Washington, D.C.; Ann Arbor, Michigan; and Somerville and Cambridge, Massachusetts, that have decriminalized certain natural psychedelics that come from plants and fungi. Denver was the first U.S. city to decriminalize hallucinogenic mushrooms for personal use two years ago.

Last month, Wiener announced that a related bill that would give opioid users a place to inject drugs in supervised settings will also be delayed until next year.

That measure would allow Los Angeles, Oakland, San Francisco and Los Angeles County to start programs giving people a place to inject drugs while trained staff are available to help if they suffer accidental overdoses.