But local efforts stand a better chance of success. 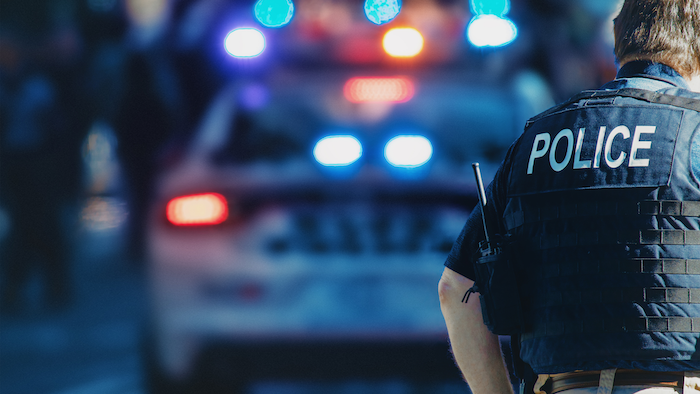 Bipartisan talks over police reform ended with no agreement on Sept. 22, 2021, with House Democrats and Republicans blaming each other for the lack of progress.

The sticking points this time appear to be centered around proposed changes to use-of-force procedures and plans to strip officers of qualified immunity, which shields them from being sued.

As scholars of criminal justice – one a former police officer of 10 years – we were not surprised by the collapse of bipartisan talks. Policing in the U.S. is politicized, making it harder to reach consensus in an age of polarization, even though most Americans believe that major changes are needed.

In determining the magnitude of this failure, it is important to keep in mind that policing in the U.S. is inherently local. The nearly 18,000 police departments in the country face a variety of different issues, ranging from problems recruiting enough officers – and of a sufficient caliber – to a breakdown of trust with the community.

Even without legislation from Congress, there is a national blueprint for police reform. President Barack Obama’s Task Force on 21st Century Policing set out six pillars to guide departments toward better practices. Those included strategies to build trust with the community, provide oversight, implement better training and procedures, and improve officer safety and well-being.

The federal government can play a clear role in regard to financing reform and addressing nonpolicing issues that contribute to crime, such as underlying poverty and the lack of green spaces.

In the years after the 9/11 attacks, the federal government made funding available for local departments to buy military-grade weapons and vehicles through the Defense Logistics Agency’s 1033 Program and the Homeland Security Grant Program. The federal government might now be better placed playing a similar role as a funder for local law enforcement reforms.

While reform has stalled in Congress, there has been movement elsewhere. Steps toward reform are underway in many U.S. cities, including Philadelphia; Oakland, California; and Portland, Oregon.

Many of these efforts are geared toward ending specific practices, including those that tripped up negotiations in Congress, such as the granting of qualified immunity and the use of no-knock warrants. Mayors and city councils nationwide have also pushed reforms emphasizing accountability and transparency, with many working to create independent oversight commissions.

Not all of the reform movements have lived up to their promises.

After the shooting death of unarmed teen Michael Brown in 2014, police in Ferguson agreed to a reform program that included anti-bias training and an agreement to end stop, search and arrest practices that discriminate on the basis of race.

But five years into the process, a report by the nonprofit Forward Through Ferguson found the reforms had done little to change policing culture or practice. This was backed up by a Ferguson Civilian Review Board report in July 2020 that found the “disparity in traffic stops between Black and white residents appears to be growing.”

Similarly, concerns over the quality of Baltimore’s police services persist despite federal oversight and reforms brought on after the death of Freddie Gray in police custody in 2015.

Commentators have pointed to a resistance to change among officers and an inability to garner community buy-in as reasons for the slowdown in progress in Baltimore.

Part of the problem, as seen with Baltimore, is that federal intervention does not appear to guarantee lasting change. Research shows that Department of Justice regulations aimed at reform only slightly reduce police misconduct.

There is also no evidence that national efforts targeting the use of force alone mitigate police killings.

One beacon of hope is the Cincinnati Police Department. Twenty years ago, residents in Cincinnati experienced events similar to what many cities have faced in more recent years. An unarmed Black man, Timothy Thomas, was shot dead by officers in 2001, sparking widespread unrest. It led Cincinnati to enter into a different model of reform: a collaborative agreement.

The resulting changes to use-of-force policies, a focus on community-based solutions to crime and robust oversight brought about improved policing. A 2009 Rand evaluation of the collaborative agreement found that it resulted in a reduction in crime, positive changes in citizens’ attitudes toward police and fewer racially biased traffic stops. There were also fewer use-of-force incidents and officer and arrestee injuries.

But it isn’t perfect. Cincinnati’s Black residents continue to be disproportionately arrested – likely owing to the concentration of crime, service calls and police deployments in predominantly Black neighborhoods. Figures from 2018 show Black Cincinnati residents were roughly three times as likely to be arrested as their white counterparts.

Moreover, it depended on police officials’ ability to cultivate community investment and overcome resistance from police officers and police unions.

Community confidence is critical to police reform and community safety. When citizens view police as legitimate and trustworthy, they are more likely to report crimes, cooperate during police investigations, comply with directives and work with police to find solutions to crime.

Efforts like those in Cincinnati that put community engagement at the heart of police reforms undoubtedly are strides in the right direction. But they can go only so far. A noticeable shortcoming in most police reform programs is a focus on what is the right thing to do during confrontations with the public, rather than on trying to avert those situations in the first place.

Scaling back low-level enforcement, such as arrests for vagrancy and loitering – much of which has little public safety advantage – and having police partner with civilian responders for mental health, homelessness and drug-related calls, could mean fewer opportunities for violent police encounters.

Some departments have begun to change their enforcement policies along these lines. The Gwinnett County Police Department in Georgia, for example, stopped making arrests and issuing citations for misdemeanor marijuana possession.

A 2018 study of traffic stops in Fayetteville, North Carolina, found that redirecting enforcement away from minor infractions – such as broken taillights and expired tags – and toward the more serious violations of speeding and running traffic lights resulted in reduced crime and a narrowed racial gap in stops and searches.

Isolated successes suggest that a localized approach emphasizing community buy-in may be key to police reform. That is not to say that the federal government can’t play a role – just that it may be better off looking at ways to help facilitate change at a departmental or citywide level.

Editor’s note: Portions of this article originally appeared in a previous article published on April 30, 2021.

This article is republished from The Conversation under a Creative Commons license. Read the original article here: https://theconversation.com/federal-police-reform-talks-have-failed-but-local-efforts-stand-a-better-chance-of-success-168630.