Recreational Cannabis Laws Lead to Some Rise in Use

But not for all demographics. 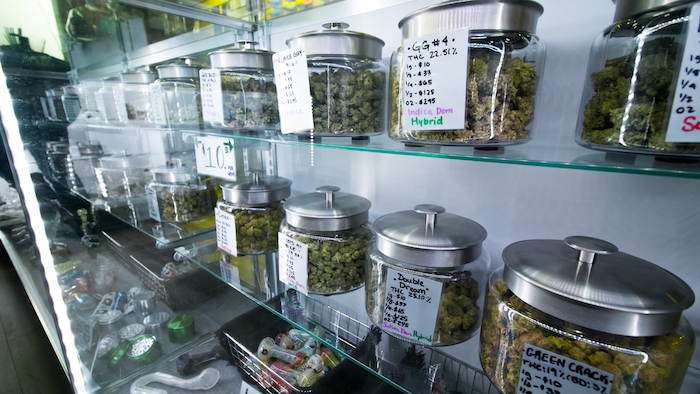 The U.S. is seeing an increased use of cannabis resulting from its legalization for recreational purposes, according to a study conducted at Columbia University Mailman School of Public Health. The findings showed that passage of the laws led to a rise in the odds of past-year and past-month cannabis use among individuals of Hispanic, Other and non-Hispanic white race/ethnicity compared to the period prior to enacting laws for recreational use. However, most importantly, as of 2017, legalization did not lead to more frequent use, or cannabis use disorder among these groups. And no changes in use were observed among non-Hispanic Black people or among individuals aged 12-20 of all racial/ethnic groups, for whom cannabis use remains illegal. The findings are published in JAMA Open Network.

“Until this study, little was known about changes in cannabis use outcomes by race or ethnicity following passage of recreational cannabis laws among states that already had passed medical cannabis use laws (all states that passed recreational laws had already passed medical laws in earlier years),” said Silvia Martins, MD, PhD, associate professor of epidemiology at Columbia Mailman School, and first author. “Furthermore, as one of the stated goals of cannabis legalization is to combat racial inequalities in cannabis legislation enforcement, it is critical to examine patterns of use in the context of persistent racial and ethnic disparities in cannabis arrests and incarceration.”

By January 2021, 15 states and Washington, D.C. had fully legalized cannabis use for adults over 21 and an additional 21 states had legalized medical cannabis.

Using data from the 2008-2017 National Surveys of Drug Use and Health, between September 2019 and March 2020 for those 12 years of age and older, the researchers studied approximately 70,000 individuals annually or a total of 838,600 respondents of whom 65 percent self-identified as non-Hispanic white, 12 percent as non-Hispanic Black, 16 percent as Hispanic, and 8 percent as Other race or ethnicity.

“Enactment of recreational cannabis laws is often framed as an issue of social and racial justice,” noted Martins, who is also director of Columbia’s Substance Use Epidemiology Unit. “Historically, regulation and criminalization of substances in the U.S. has targeted substances associated with marginalized groups.” The data show, for example, that in 2018 the lifetime prevalence of cannabis use was lower for non- Hispanic Black adults compared to non-Hispanic white adults (45 percent and 54 percent, respectively), and those 18 years of age and older but Black individuals were 3.64 times more likely to be arrested for cannabis possession. Research has shown that even in states that legalized cannabis before 2018, Black people were still 1.72 times more likely to be arrested for cannabis possession indicating that racist and discriminatory targeting of people of color persists despite changing policies.

In the future, monitoring unintended and intended consequences that may be attributable to passage of recreational policy should be a priority to ensure that the enactment of recreational cannabis laws truly impacts greater racial and ethnic equity and adheres to anti-racist policies, observes Martins.