Researchers found everything from industrial chemicals to caffeine. 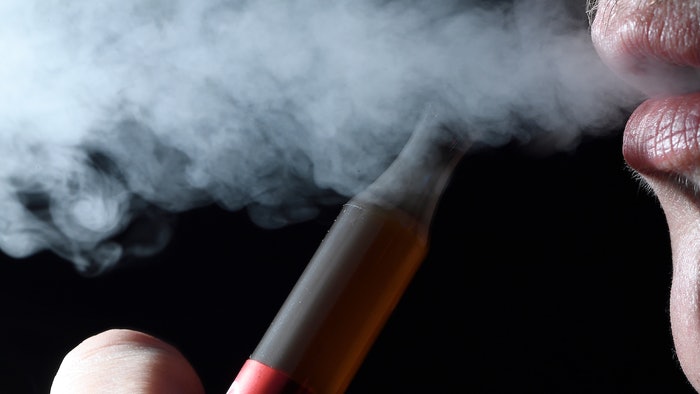 The study is the first to apply to vaping liquids and aerosols an advanced fingerprinting technique used to identify chemicals in food and wastewater. The results, just published in the journal Chemical Research in Toxicology, suggest people who vape are using a product whose risks have yet to be fully determined and could be exposing themselves to chemicals with adverse health effects.

“Existing research that compared e-cigarettes with normal cigarettes found that cigarette contaminants are much lower in e-cigarettes. The problem is that e-cigarette aerosols contain other completely uncharacterized chemicals that might have health risks that we don’t yet know about,” said senior author Carsten Prasse, an assistant professor of environmental health and engineering at Johns Hopkins. “More and more young people are using these e-cigarettes and they need to know what they’re being exposed to.”

Previous studies of e-cigarettes have looked specifically for evidence of the hazardous chemicals found in traditional cigarettes. But here the researchers performed a non-targeted analysis to explore the full range of chemicals both in the vaping liquid and the aerosols.

Using a chemical fingerprinting technique based on liquid chromatography/high-resolution mass spectrometry, never used on vape samples but used before to identify organic compounds in wastewater, food and blood, the team tested four popular products: Mi-Salt, Vuse, Juul and Blu. Although it’s possible to buy vaping products in hundreds of flavors, here for consistency they tested only tobacco flavored liquid.

They found thousands of unknown chemicals in the e-liquid, and the number of compounds increased significantly in the aerosol. Furthermore, they detected hydrocarbon-like compounds, typically associated with combustion, which manufacturers say is not happening during vaping. In traditional cigarettes, the condensed hydrocarbons generated during combustion are toxic. 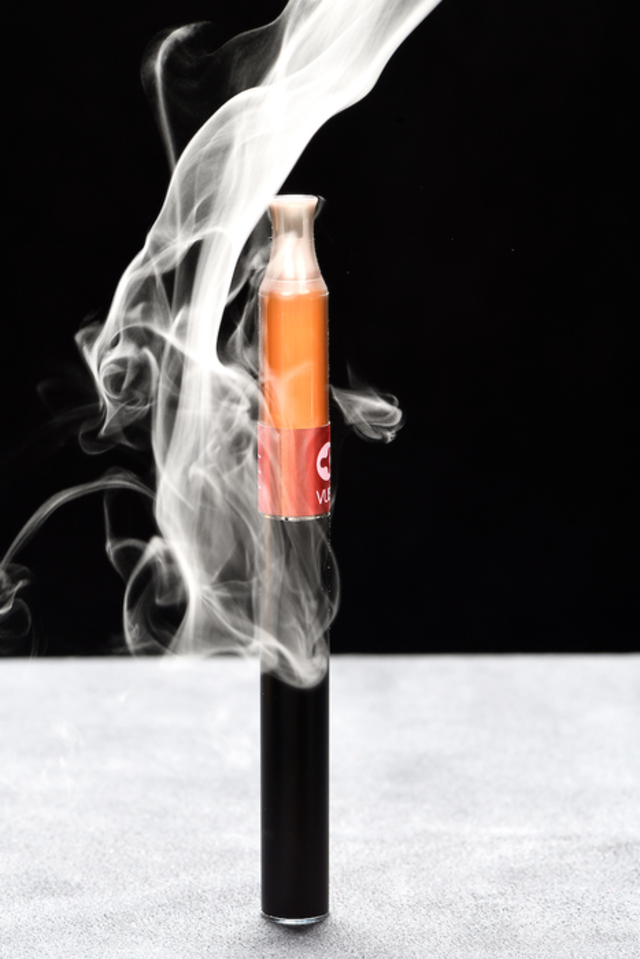 Researchers performed a non-targeted analysis to explore the full range of chemicals both in the vaping liquid and the aerosols.Will Kirk/Johns Hopkins University

“One of the main ways electronic cigarettes have been marketed is that they operate at temperatures below combustion, which would make them safer than traditional smoking,” said lead author Mina Tehrani, a postdoctoral fellow in the Johns Hopkins Bloomberg School of Public Health. “Our study shows that this novel fingerprinting approach can be applied to assess whether combustion-like processes are going on.”

The team found nearly 2,000 chemicals, the vast majority of which are unidentified. Of those the team could identify, six substances were potentially harmful, including three chemicals never previously found in e-cigarettes. Tehrani was particularly surprised to find the stimulant caffeine in two of the four products. Caffeine has previously been detected in e-cigarettes but only in the caffeine-oriented flavors like coffee and chocolate.

“That might be giving smokers an extra kick that is not disclosed,” she said. “We wonder if they are adding it intentionally.”

Prasse said he became interested in studying vaping products after his cousin, a former smoker, started vaping, insisting it was healthy. He plans to send that cousin this paper.

“People just need to know that they’re inhaling a very complex mixture of chemicals when they vape. And for a lot of these compounds we have no idea what they actually are,” Prasse said. “I have a problem with how vaping is being marketed as more healthy than smoking cigarettes. In my opinion we are just not at the point when we can really say that.”

Co-author Ana M. Rule, an expert in metals exposures from vaping with the Johns Hopkins Bloomberg School of Public Health, says many young people who vape never smoked —so they aren’t making a healthier choice, only starting out with a risky one.

“There are millions of middle school and high-school students vaping that would not otherwise think of smoking,” she says. “For them there is no risk reduction, only increased risk.”