The molecular and genetic mechanisms of trichomes could unlock the promise of the plant. 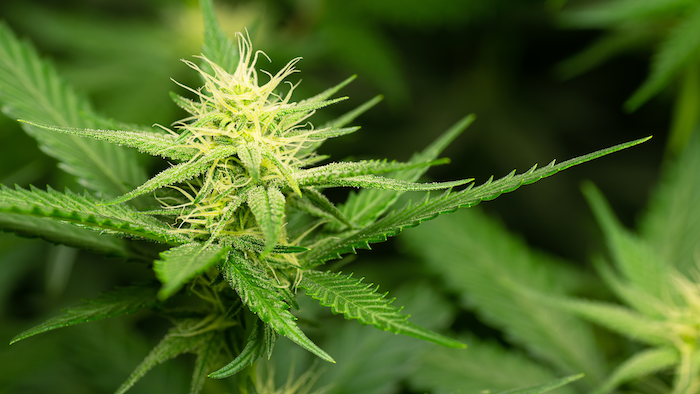 Cannabis has been gaining more and more attention as a promising tool for the medical community. Yet much of the plant’s biology remains a mystery that scientists are not unravelling.

There is a mounting body of research suggesting cannabinoids can have significant medicinal benefits including treating epilepsy, nausea and vomiting associated with chemotherapy, chronic pain, and glaucoma.

Cannabinoids are produced by a part of female cannabis flowers barely visible to the naked eye known as trichomes. Trichomes are tiny “hairs” on the plant that turn from clear to brown as the plant matures.

Gerald “Gerry” Berkowitz, professor of plant science in the College of Agriculture, Health, and Natural Resources, has received a Research Excellence Program (REP) grant to study the molecular and genetic mechanisms responsible for trichome development in the cannabis plant.

Little is currently known about cannabis’ biology, making Berkowitz’s work an important first step to unlocking the promise of the plant.

Berkowitz will complete the first study of trichome development on a molecular level and will conduct pioneering work characterizing genes responsible for trichome initiation.

This research will provide important foundational knowledge about how cannabis plants grow trichomes which produce the all-important cannabinoids.

By understanding this molecular process, scientists will be better able to harness the natural powers of the plant. This will pave the way for scientists to be able to increase cannabinoid production and meet increasing medical demand for various compounds.

Berkowitz previously identified two transcription factors that could potentially regulate glandular trichome initiation, or the process that cues the plant to begin forming trichomes. Transcription factors can turn a gene “on” or “off” by dictating to the cell if the gene’s DNA should be transcribed into RNA and expressed as a protein.

He found that the expression of transcription factors CsMIXTA and CsHDG5 increases as the plant matures which corresponds with the development of trichomes and the production of cannabinoids. Berkowitz and his team identified several other transcription factors using publicly available trichome RNA sequence datasets.

Berkowitz will also investigate how promoters are regulated by plant hormones. Promoters are parts of a DNA sequence that signal the start of a coded protein sequence and to which transcription proteins bind.

This kind of genetic detail will allow scientists to selectively breed or genetically engineer cannabis plants with superior genes for trichome production, all the more important as the cannabis industry continues to expand.

The Office of the Vice President for Research REP provides seed funding to fuel innovative research, scholarship, and creative projects.