He alleges that he was targeted by city officials. 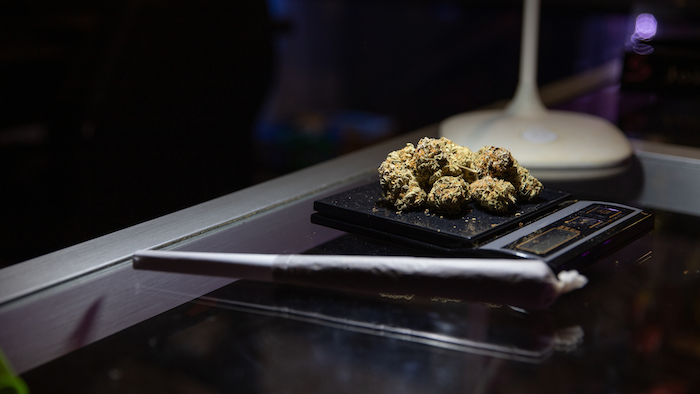 Estrada allegedly sold marijuana bud, cigarettes and wax to county law enforcement officers at Speak Easy in August. Charges were filed in late September, and he made his first court appearance on Friday. If convicted, he could face up to 18 months in prison.

Estrada strongly denied the allegations and vowed to fight the matter “all the way.” He and his attorney insinuated that Las Cruces officials were targeting Estrada after he announced his candidacy for mayor of the southeastern New Mexico city — although that election won’t occur for another two years.

The case is not Estrada’s or the shop’s first brush with authorities. Speak Easy held a grand opening event in July with the promise of free cannabis with a t-shirt purchase; state cannabis regulators ordered the shop shut down 10 days later.

"It's interesting that the alleged activity in the criminal complaint were [sic] widely publicized in July but the actions taken by the city of Las Cruces, administratively and criminally, were not initiated until Mr. Estrada announced his candidacy," attorney Matt Madrid told the paper in a statement.

Officers wrote in an affidavit, however, that they bought the marijuana directly from Estrada and did not have to purchase a shirt.

New Mexico enacted legislation to legalize recreational cannabis earlier this year, but although possession of marijuana is allowed, retail sales aren’t expected to begin until next spring. More than 1,500 applicants are reportedly seeking adult-use cannabis business licenses in the state.